I WAS ORIGINALLY gonna post an entry talking about the Cleveland Indians reaching the World Series after a 10-year hiatus (when they lost against the Florida Marlins in ‘97), but that will have to wait after the Red Sox won, 7-1, in Game 5 of the American League Championship Series last night. Damn you, Boston. Anyways, I’ll instead mention that I was able to see in person today a life-size replica of Bumblebee at a Hollywood shopping plaza (the West Hollywood Gateway Center, on the corner of La Brea and Santa Monica Blvd). 18-feet tall and weighing about 8,200 pounds, this is the actual film prop of the Autobot spy that was used in Transformers (during the scenes where he is captured in the river channel by Sector 7, and when he is transported into the Hoover Dam onboard a railroad car). Pretty cool. Now if only I had the chance to see the actual vehicles that were in the movie...like the Peterbilt truck that filled in for Optimus Prime, the Pontiac Solstice that the late Jazz transformed into, the 2009 Concept Camaro used for Bumblebee in car mode, and the Saleen Mustang that the Decepticon known as Barricade transformed into. So what did happen to Barricade at the end of the film? That’s a story for another day. The Bumblebee statue will be at the Gateway Center till this Sunday (October 21), for those of you who live in or near Los Angeles. 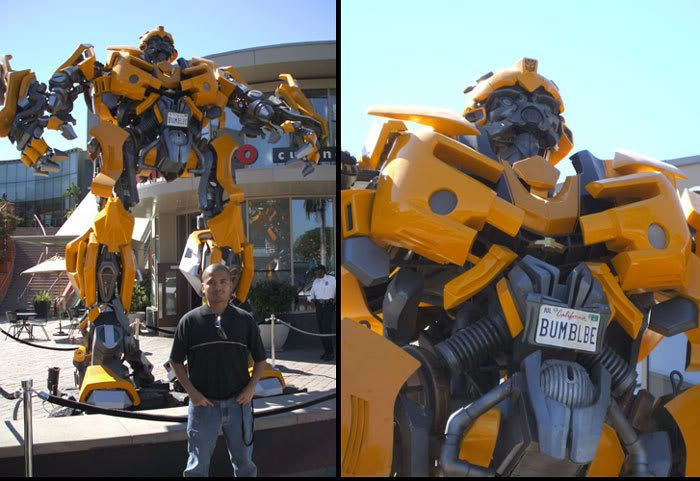 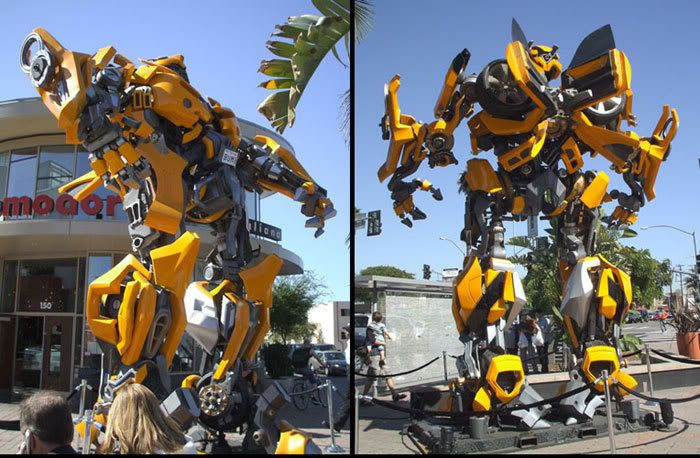 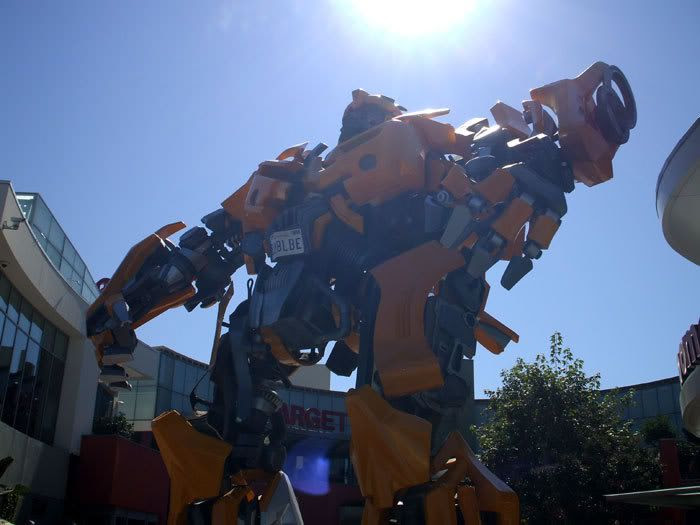