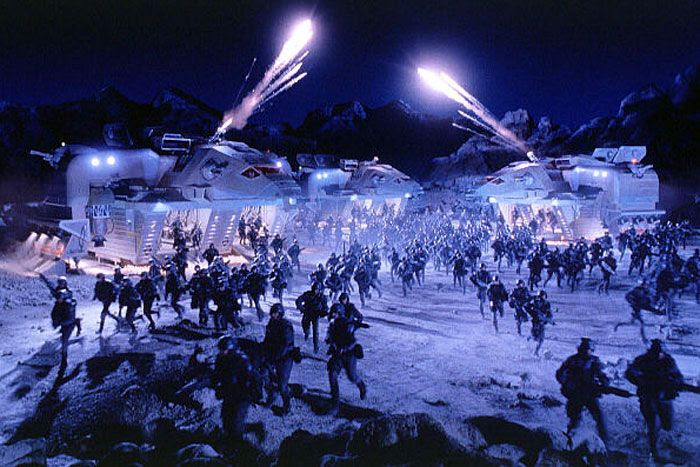 STARSHIP TROOPERS... Today marks ten years since Paul Verhoeven’s satirical and bloody take on Robert Heinlein’s sci-fi novel of the same name came out in cinemas nationwide. The reason why this flick is meaningful to me is the fact that the first time I drove out once I got my driver’s license (which I received in the mailbox right before I left for the theater... I passed my driver’s test about two weeks earlier and was in my senior year in high school back in ‘97) was to go and see this movie. Starship Troopers was entertaining...though the climax was in all honesty underwhelming. Obviously, considering the tremendous bloodshed that we saw as the Federation fought the Arachnids on Klendathu and other worlds throughout the movie, Verhoeven wanted to show the soldiers capturing the Brain Bug without any conflict, so-to-speak. The special effects work done on the Brain Bug (and the whole film in general) was totally awesome—but I wanted to see one more gory battle before Casper Van Dien and Co. emerged victorious at the end. And yes, I consider Denise Richards being impaled by an Arachnid’s claw and her pilot friend getting the inside of his skull sucked dry by the Brain Bug to be pretty gory. 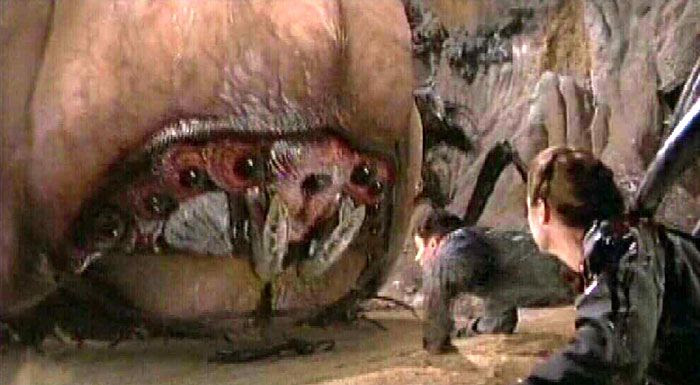 Speaking of Denise Richards, she kept her clothes on in Starship Troopers but her sexiness made me want to...look up online photos from her subsequent film Wild Things (I heard Kevin Bacon also um, showed some skin in that flick besides Richards; I’ll pass). Fortunately, Dina Meyers made up for Richards' modesty in Troopers. Before this entry starts to go astray, I’ll also point out that Basil Poledouris' orchestral score for the movie is pretty awesome. I wonder if he also conducted the music for the two Starship Troopers straight-to-DVD sequels as well. I don’t think he did. 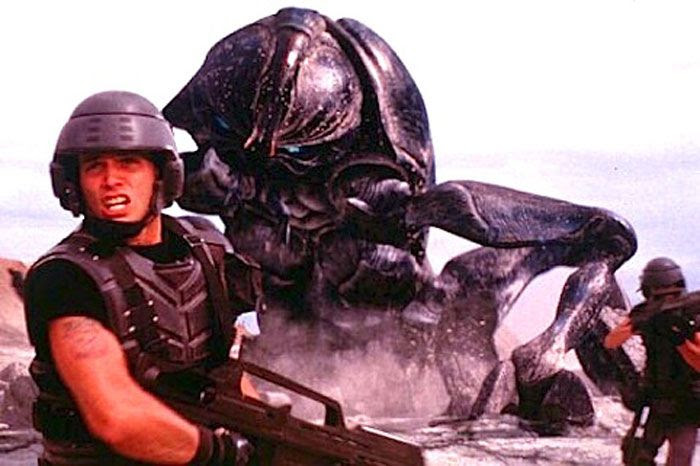