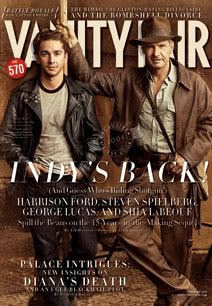 INDIANA JONES IV... The February 2008 issue of Vanity Fair focuses on this May’s release of Indiana Jones and the Kingdom of the Crystal Skull. Below are photos from the magazine: 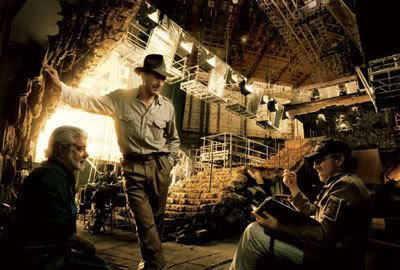 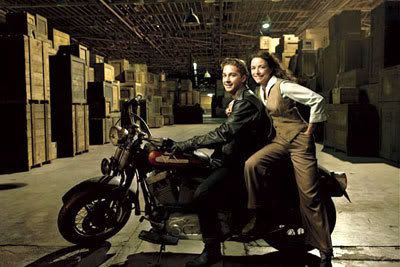 Shia LaBeouf and Karen Allen (reprising her role as Marion Ravenwood...last seen in 1981’s Raiders of the Lost Ark) on set in Downey, California. 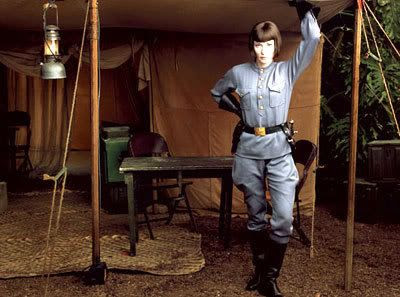 Cate Blanchett as Russian spy, Agent Spalko. Kingdom of the Crystal Skull takes place in 1957—in the midst of the Cold War—as Soviet agents pursue Indy as he goes about looking for the mysterious crystal skulls.

And of course, here’s the poster that is currently displayed at movie theaters everywhere. It is created by artist Drew Struzan, who did the posters for the first three Indiana Jones films and all 6 movies in the Star Wars saga. 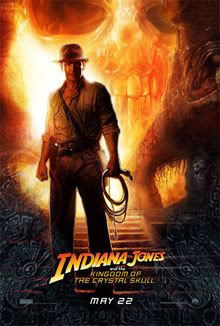