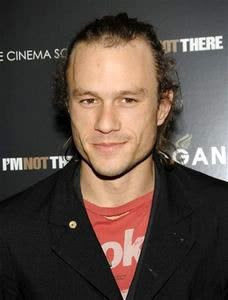 HEATH LEDGER: 1979-2008... I'm completely stunned. Not to sound tactless or anything, but if this is anything like Brandon Lee's death increasing interest in The Crow in 1994, then you can expect some major publicity for The Dark Knight when it gets released in July.

RIP, Heath. Your portrayal of the Joker looks badass.