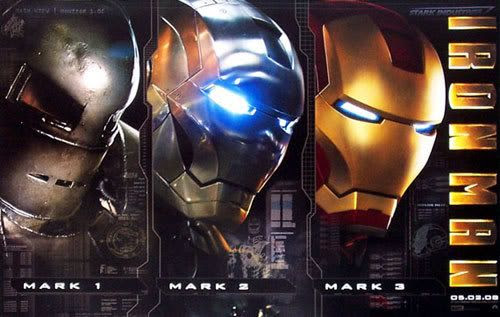 IRON MAN... ScreenRant.com revealed this cool new poster from the upcoming film that was given out at the WonderCon expo in San Francisco. It features all three armors--Mark I, II and III—that scientist Tony Stark (Robert Downey Jr.) wears in the movie. Pretty awesome. Also... I’m almost a month late, but here are screencaptures from the 30-second spot that was aired during this year’s Super Bowl: