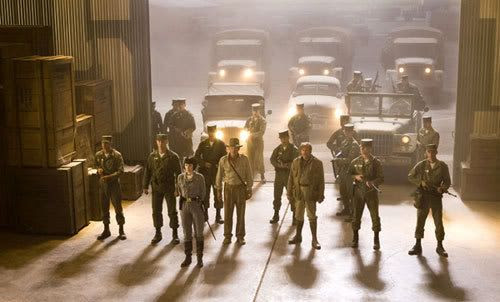 MORE ON INDIANA JONES IV... Two of my co-workers and I were able to sneak into a midnight screening of the film today (despite the fact we wrapped up our work shift during a research screening two hours earlier), and the auditorium was packed! Obviously. There was one dude sitting nearby watching a *cough-bootlegged-cough* copy of Iron Man on his laptop, another moviegoer who was fully decked out in Indiana Jones attire (yep, plus the whip... Is it just me but being dressed as Indy is waaaay cooler than wearing a lame Harry Potter or Hobbit costume? But not as cool as wearing a Jango Fett outfit as one Star Wars fan did when I attended a midnight screening of Revenge of the Sith 3 years ago), his hot-ass girlfriend—who interestingly looked like, um, porn star Jenna Haze—who was also wearing a fedora and a light brown shirt (plus a really short, and tight, light brown short pants), another hot Indiana ‘Jane’ who was showing her abs with her light brown shirt rolled up, and lots of people with beach balls in hand. I feel sorry for the two security guys (whom the crowd was harassing and teasing by calling them ‘rent-a-cops’) and the cute female AMC employee who constantly had to go up and down the stairs to confiscate beach balls (plus an unused condom that was inflated into a makeshift ball) in the hour-or-so leading up to the 12:01 AM showing. 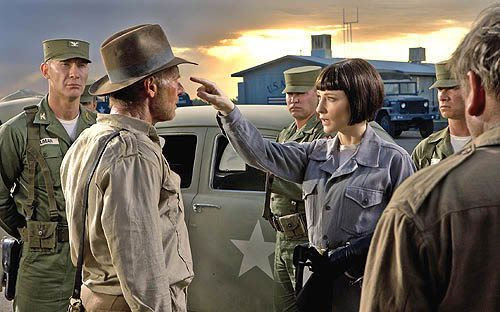 So what did I think of Indiana Jones and the Kingdom of the Crystal Skull, you ask? It was good...but it was one of those films that you had to let sink in afterwards before you start to really appreciate it (a.k.a. "refrigerator logic". Look it up on Google). The climax, not to spoil it for y’all, was obviously very sci-fi-esque—which, in a positive way, made this movie stand out from the first three films. In a negative way, though, the climax also seemed kinda out of place. But keep in mind all three ancient artifacts that Indy searched for in the original trilogy (the Ark of the Covenant, the Sankara Stones and the Holy Grail) had great magical powers that helped those who were good and killed (or should I say, incinerate in a ball of flames? Not to spoil anything for y’all) those who wanted to use those artifacts for evil purposes. The Crystal Skull was no different. I’d say more about Indy IV, but today is barely opening day and I don’t want to be a jerk. However, I will tell you this: The rumors you’ve heard about Shia LaBeouf’s character since LaBeouf was first cast for the role a few years back are true. That is all.

FROM MOST FAVORITE TO LEAST:
-Raiders of the Lost Ark
-The Last Crusade
-Kingdom of the Crystal Skull
-The Temple of Doom 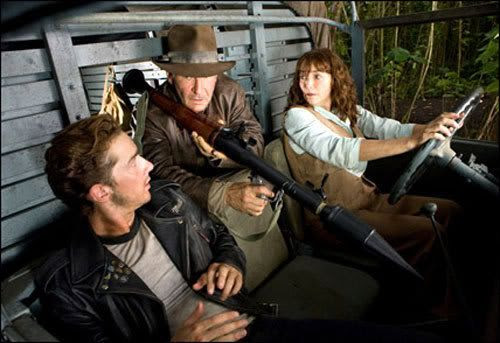 Email ThisBlogThis!Share to TwitterShare to FacebookShare to Pinterest
Labels: Indiana Jones, Movie reviews, Revenge of the Sith, The Dark Knight