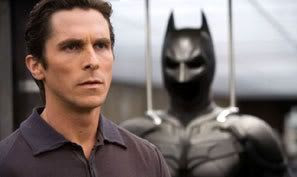 BEST SUMMER MOVIE OF 2008... Or hell, THE best movie of 2008, so far. I watched The Dark Knight in IMAX today, and I don’t think anything will top this film until the actual Oscar movie season starts this Fall. Heath Ledger’s performance as the Joker was TRULY phenomenal, and if The Departed (which I enjoyed) could be nominated (and win) the Best Picture for 2006, then why not The Dark Knight for '08? Both dealt with the gray line that separates good guys from criminals...though one of my friends who I saw The Dark Knight with today said Chris Nolan did a better job with this topic than Martin Scorsese did with The Departed. A science fantasy like Star Wars got nominated in 1978, an action-adventure serial like Raiders of the Lost Ark got nominated in ’82, and all three films in the Lord of the Rings trilogy got nominated in 2002, ’03 and ’04, respectively (with Return of the King actually winning Best Picture in ’04), so why not The Dark Knight as the first Oscar-worthy comic book flick? If you disagree, then you’re either a hater, or you haven’t seen the film yet. Or you thought Mamma Mia! was a better film to see this weekend than the newest Batman flick. I’ll hunt you down if that last one was the case. 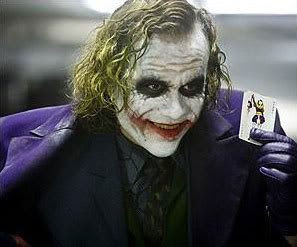 So why did the Joker kick ass in this film? So many moments to use for examples... That "magic trick" he did with that pencil... His many stories about where he got those scars near his mouth from... The different weapons he used, ranging from an Uzi to a bazooka, to take out that armored police van that had Harvey Dent in it... Or the very scene in that hospital where he successfully converted Harvey Dent from the "White Knight" District Attorney into the vengeful Harvey "Two-Face". Or maybe it was the two conversations (the first one in that police interrogation room, and the second one as the Joker was hanging upside-down from that ledge atop the skyscraper in the movie’s climax) that the Joker had with Batman. "You won’t kill me because you’re incorruptible, Batman. And I won’t kill you ‘cause, well, you’re just too much fun." Awesome. 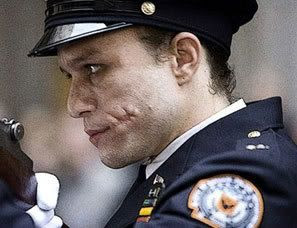 Everyone in The Dark Knight gave great performances. Christian Bale once again did an awesome job playing Batman and his alter ego, Bruce Wayne. Morgan Freeman gave an amusing performance as Batman’s gadget supplier, Lucius Fox. Michael Caine, as Alfred, had a couple of witty conversations with Bruce Wayne [ALFRED (on Bruce Wayne turning himself in as Batman): "Are you gonna turn me in as your accomplice?" WAYNE: "Are you kidding? I’m gonna tell them this whole thing was your idea."]. Gary Oldman’s Commissioner Gordon was just as heroic as Batman. Aaron Eckhart did a cool job as Harvey Dent and Two-Face (the prosthetics/CGI on his face looked totally awesome! Truly gruesome in a positive way). Maggie Gyllenhaal did a nice job taking Katie Holmes' spot as Rachel Dawes...though unlike Ms. Holmes (I will NOT call her Mrs. Cruise), the camera wasn’t exactly friendly to Maggie’s face during those extreme close-ups. Or is it the other way around? Sorry for sounding like a jerk, haha. And the Bat Pod was totally freakin’ awesome! Though I’ll miss the Tumbler. Such a cool ride. 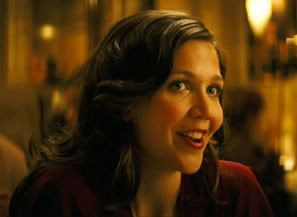 So all in all, The Dark Knight rocked! Ledger should at least get nominated a posthumous Oscar for Best Supporting Actor. And the movie itself should get noms for tons of technical categories (namely— Best Cinematography, Best Make-up and Best Film Editing. And maybe even Best Original Score...though new Academy rules prevent that from happening since we already heard most of the tunes in Batman Begins). So who should the villains in the next Batman Begins sequel be? Two names come to mind: BANE and AZRAEL. More on that in a future Blog... 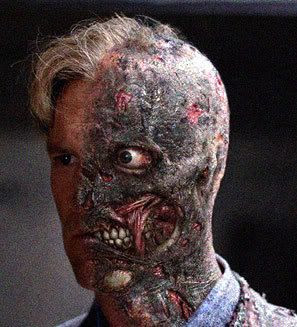