G.I. JOE: THE RISE OF COBRA... Just thought I’d post up screenshots from the Super Bowl ad for this upcoming, um, blockbuster. I was originally gonna post these on Sunday, but the teaser for Transformers 2 itself accidentally(?) leaked online Saturday night and, well, if it was a choice between posting images of Sienna Miller appearing hot as the black-leathered Baroness or Megan Fox appearing hot just looking scared (here and here), I’d choose Megan first.

G.I. Joe gets released in theaters on August 7. 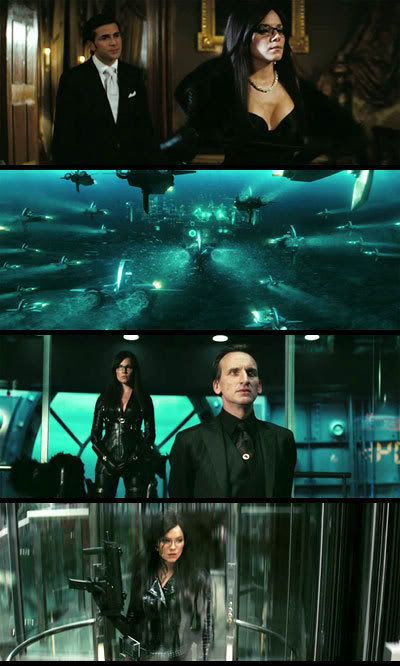 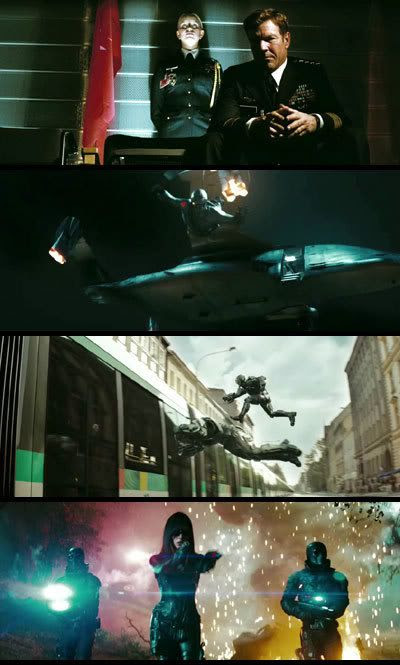 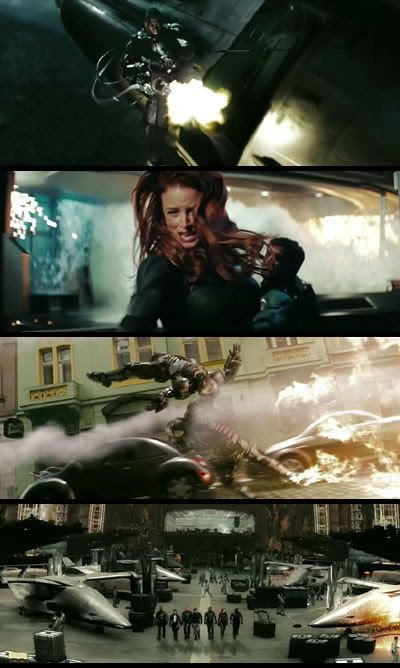 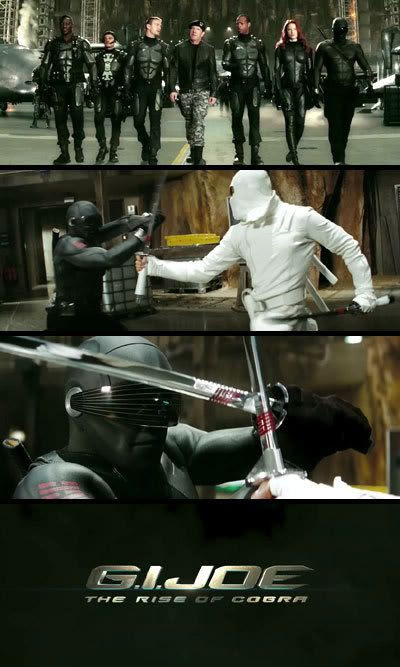 Images courtesy of Paramount
Posted by Richard at 1:11 AM