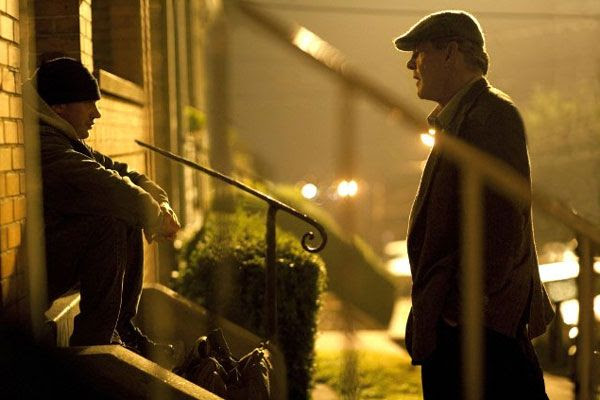 WARRIOR... I saw the mixed martial arts (MMA)-inspired flick yesterday, and needless to say, it was an awesome film. Warrior is about two estranged brothers who live totally different lives but end up doing MMA...eventually confronting each other for the top prize in an Ultimate Fighting Championship (UFC) competition in Atlantic City. The movie stars Joel Edgerton (who I last saw in the Star Wars prequels...playing a young Uncle Owen in Attack of the Clones and Revenge of the Sith), Tom Hardy (who gained a muscular 200 pounds for this role...and his upcoming stint as the villainous Bane in next year’s The Dark Knight Rises), Nick Nolte, Frank Grillo (who was on FOX's now-defunct Prison Break) and the lovely Jennifer Morrison (of the FOX TV show House and 2009’s Star Trek). 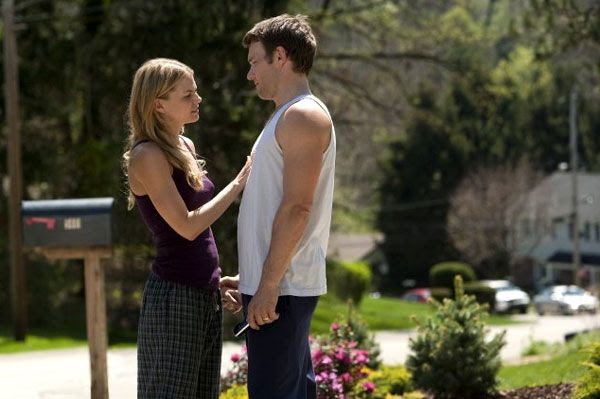 One can cynically point out that Warrior is Lionsgate’s answer to last year’s Oscar-nominated flick The Fighter, and be correct. However, just like The Fighter, Warrior is a pretty well-made film...and you can assume that 2012 Academy Award nominations await Joel Edgerton and/or Tom Hardy the same way an Oscar awaited Christian Bale—who won the Best Supporting Actor trophy for The Fighter. Personally speaking, the action sequences in Warrior were much more exciting to watch than in its 2010 counterpart...since a Hollywood film on UFC has never been done before, and The Fighter already joins a long list of movies that use boxing as a focal point for inspirational cinematic tales. I’ll be rooting for Warrior to get a gripload of nominations when awards season begins this winter...and won’t be surprised if Uncle Owen or Bane go up to the podium next year to be presented the Oscar for Best Actor. And possible Nick Nolte for Best Supporting Actor. Jennifer Morrison gave a nice performance in Warrior but Amy Adams was terrific in The Fighter, hence her Academy Award nomination for that film. Carry on. 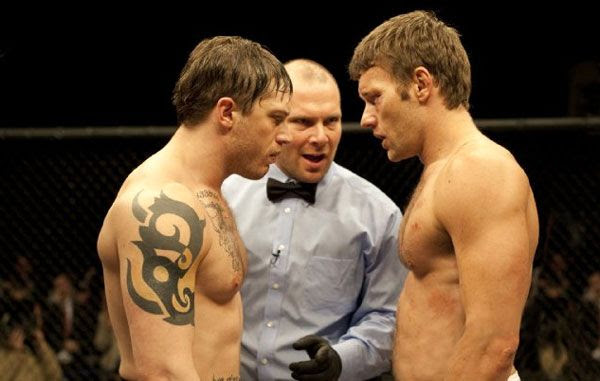 Email ThisBlogThis!Share to TwitterShare to FacebookShare to Pinterest
Labels: Attack of the Clones, Movie reviews, Revenge of the Sith, Star Trek, The Dark Knight Rises