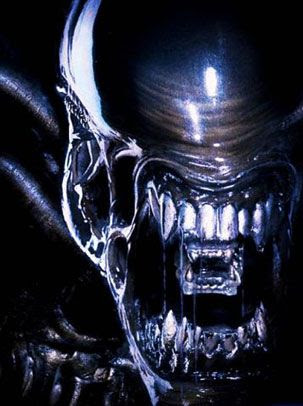 PROMETHEUS... For those of you who don’t know yet, Ridley Scott has already begun filming the prequel to his 1979 sci-fi horror classic, Alien. Called Prometheus, the movie is set to be released in theaters nationwide on June 8, 2012, and would star Charlize Theron, Noomi Rapace (who will be in this December’s Sherlock Holmes: A Game of Shadows), Michael Fassbender (who recently played Magneto in X-Men: First Class), Guy Pearce (who was in the Oscar-winning films The Hurt Locker and The King’s Speech, respectively) and Idris Elba (who was in recent action flicks such as The Losers and Takers).

Ridley Scott is shooting Prometheus in 3-D, and will present PG-13 and R-rated cuts to FOX once post-production is essentially complete. Considering the fact that FOX's Predators, which came out in cinemas last year, was rated R and had a much better reception than the Alien vs. Predator flicks (even though 2007's Aliens vs Predator: Requiem had an R-rating), I’m hoping FOX goes for the bloodier version of Prometheus. That is all.
Posted by Richard at 5:29 PM