Prometheus... I saw Ridley Scott's latest sci-fi thriller earlier today, and for those of you still wondering, yes— It is indeed a prequel to Scott's 1979 classic, Alien. Obviously, there are a ton of signs during Prometheus to show you that it's the latest installment in the space monster movie franchise, but it isn't towards the end of the new flick where you officially get the payoff to confirm the tie-in. Though in hindsight, that money shot may have seemed contrived and tacked on...as if it just occurred to Scott late in the film's production process, Oh snap, I just realized that moviegoers are gonna watch this movie primarily to see an alien from Alien, and not because a hot, Oscar-winning babe like Charlize Theron is in it. I know I was waiting throughout the flick to see the iconic creature make its appearance onscreen. And yes, I also watched Prometheus because the lovely actress from South Africa is in it.

As for the rest of Prometheus, it was entertaining. The ship itself is pretty cool. I like its design, though it's too bad Prometheus doesn't last long enough to get off the mysterious world Theron, Noomi Rapace, Michael Fassbender, Idris Elba and company land on to investigate. In terms of the cast itself, they did a good job. Ridley Scott made the right choice in selecting Rapace (whose last major Hollywood film was 2011's Sherlock Holmes: A Game of Shadows) to have the lead role as Elizabeth Shaw (who would have originally been played by Theron if she didn't have scheduling conflicts). Guy Pearce—who was in Academy Award winners like The Hurt Locker and The King's Speech, as well as this year's sci-fi flop Lockout—donned prosthetic makeup to play Peter Weyland, a decrepit man whose corporation was alluded to in past Alien films. Not to spoil the ending (other than what I've already mentioned in the previous paragraph), but the conclusion of Prometheus lends the movie to a potential sequel. Then again, maybe not; I think audiences won't be as excited to follow the exploits of a spiritual, knowledge-seeking protagonist like Elizabeth Shaw as they would be seeing Sigourney Weaver's heroic antihero Ellen Ripley kick some major extraterrestrial ass. 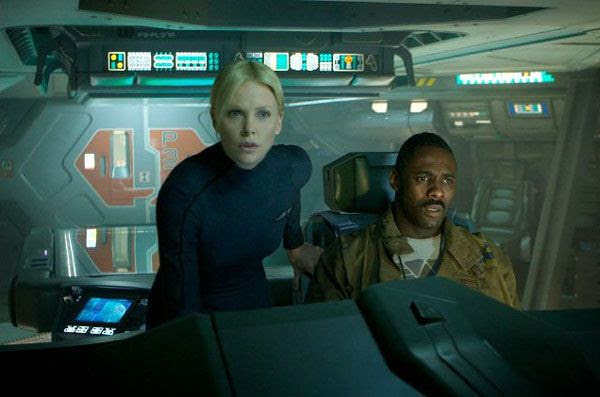 Prometheus, being a prequel, is obviously an origins story—just like the 2005 film Batman Begins (which, like Prometheus, also had several scenes shot in Iceland). In terms of horror, I personally thought Prometheus is relatively tame compared to Alien. It may possibly be due to the fact the extraterrestrial beings we see in Prometheus are human-like creatures (called Engineers) who seemed benevolent for most of the flick. By Alien, however, danger is in full swing...with Ripley fighting for survival against the familiar black xenomorph with sharp teeth, acid blood and an elongated skull. Not that this is a criticism of Prometheus. The mystery aspect of its storyline is well-done. To quote David, the android played by Michael Fassbender: "Big things have small beginnings." 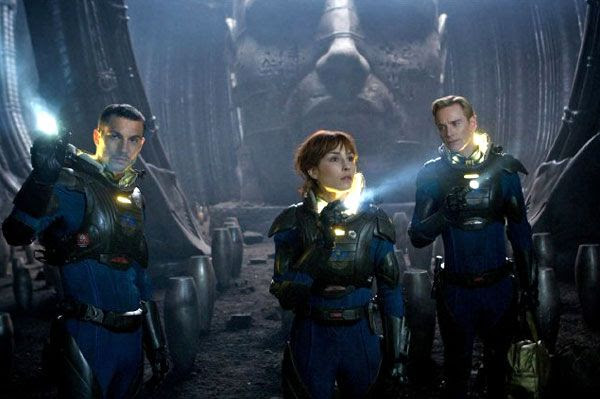 All-in-all, Prometheus is a good flick. It didn't blow me away the same way other Ridley Scott films like Gladiator and Black Hawk Down did when I first watched them at the theater, but this new movie got the job done. It's a nice addition to the Alien franchise—which is more than you can say for the cheesy Alien vs. Predator films. Prometheus was shot in 3-D; my viewing experience of this flick probably would've been more enjoyable if I watched it in this format. But it is what it is...and I say that it's cool that Scott returned to his sci-fi roots with Prometheus. Now bring on Blade Runner 2! That is all.