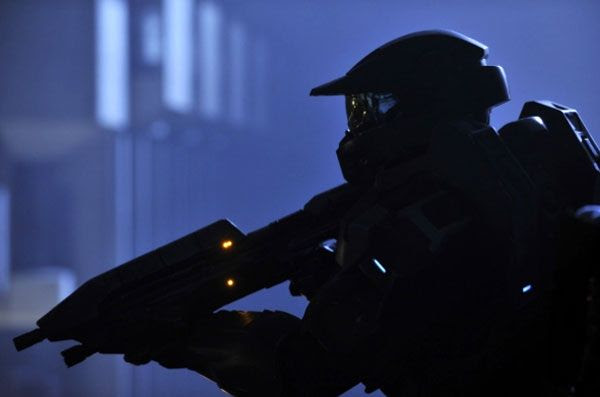 Halo 4: Forward Unto Dawn... After a failed attempt by Peter Jackson to produce a film adaptation of the video game that would've been directed by District 9's Neill Blomkamp, Microsoft—which created the hit Xbox series—is taking it upon itself to turn Halo into a live-action flick. Budgeted between $5 million and $10 million, Halo 4: Forward Unto Dawn is set to debut as a 5-part Web series on Youtube this October. The 5 episodes will then be compiled into a 90-minute feature film (with 15 minutes of extra footage) that will be released on DVD around the same time the Halo 4 video game comes out. Daniel Cudmore, who played Colossus in X2: X-Men United and X-Men: The Last Stand, dons the helmet of Master Chief. The first webisode of Forward Unto Dawn will premiere on Youtube on October 5, while the video game itself will be released in retail stores on November 6. 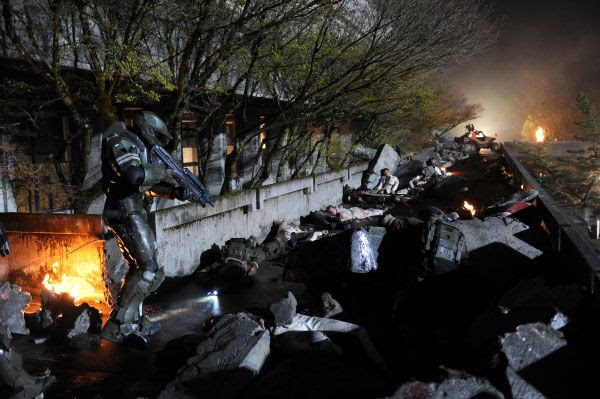 In other news regarding blockbuster video games that are getting the live-action film treatment, Ubisoft—which created the Assassin's Creed series—cast Michael Fassbender (of X-Men: First Class and Ridley Scott's Prometheus) as the well-known assassin in the movie version Ubisoft is developing. Check out the awesome computer-generated trailer for the upcoming Assassin's Creed III (out in stores on October 30) below...and imagine how epic the movie would be if it was executed as well as this Youtube clip was. If these motion-captured CG characters and settings were replaced by real and respectable actors (besides Fassbender) in an authentic location and not merely a blue-screen set, and the music was conducted by composers such as...Hans Zimmer or Howard Shore (of the upcoming Hobbit films and The Lord of the Rings trilogy), then Ubisoft will have a nice cinematic winner on its hands. And all of this would be done without the help (or interference) of a major Hollywood movie studio.

Email ThisBlogThis!Share to TwitterShare to FacebookShare to Pinterest
Labels: District 9, Lord of the Rings, The Hobbit, Youtube