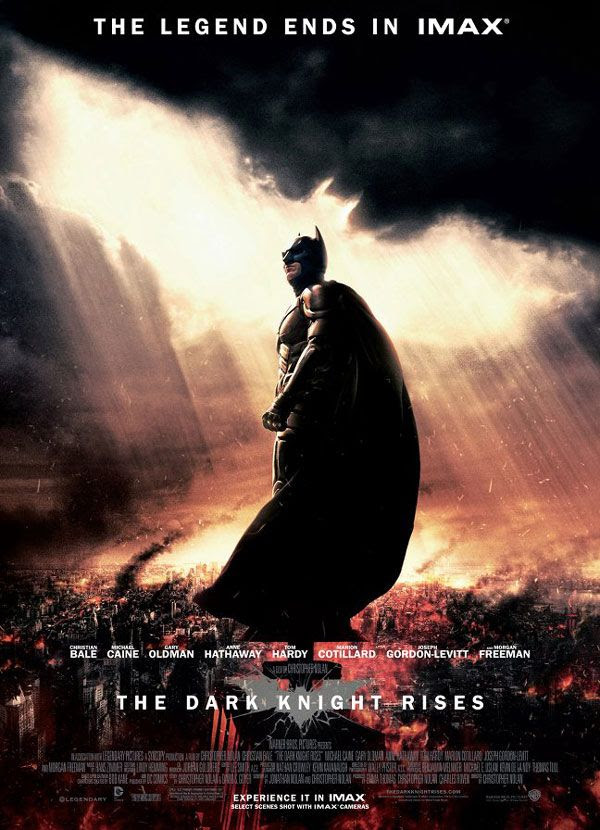 "Let the games begin!" That's what Bane declares as he confronts Batman inside the Batcave in The Dark Knight Rises, which will be out in theaters nationwide on July 20th. Seeing as how more than an hour of Christopher Nolan's highly-anticipated flick was shot and will be shown on IMAX (whereas 40 minutes of 2008's The Dark Knight was filmed on the 70mm camera), it's only fitting that a theatrical poster and TV spot (from which Bane's quote was taken) would be released to promote the extremely large-screen format. As for the "game" that Bane plays with the Caped Crusader on the big screen 11 days from now— One wonders just how brutal but spectacular it will be between the mercenary who wants to "destroy Gotham" [another (unsurprising) line from Bane in the TV ad] and Batman in this film. The Dark Knight Rises is rated PG-13. I'm sure some vertebrae in Bruce Wayne's back would actually be broken (just as in the Knightfall comics from which Bane cemented his place in Batman lore almost 20 years ago) if the movie was rated R... Oh well.