The Wizard of Oz... If it was a choice between watching a Tomb Raider-ish version of the 1939 MGM classic or Sam Raimi's upcoming Disney flick, Oz: The Great and Powerful, it would actually be a tie. I could picture Angelina Jolie wreaking havoc as Dorothy and Billy Bob Thornton spewing some hilarious Bad Santa-esque profanity as the Wizard (sorry Brad Pitt), but The Great and Powerful does have Mila Kunis, Rachel Weisz and Michelle Williams in it...so I can't say which movie would be a clear winner. I doubt the three lovely actresses mentioned above will wear any scantily-clad clothing in The Great and Powerful, so I'll lean towards choosing The Tomb Raider of Oz. Don't deny that that's a cool title.

I got the image below from one of my friends who posted it on Facebook. 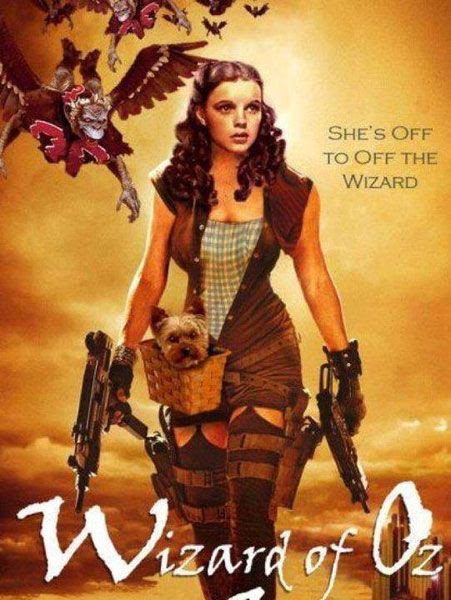