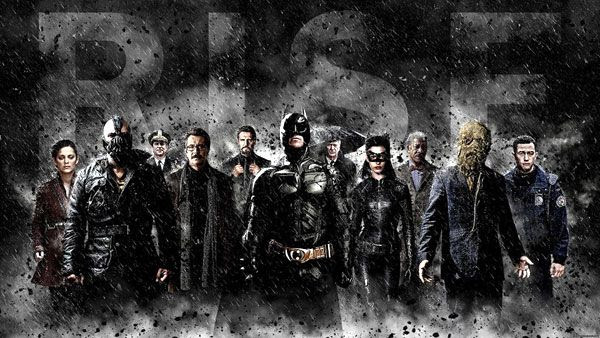 The Dark Knight Rises: How Azrael could've been introduced in the film... Back in 2008, I posted this fanfic journal entry detailing how the Angel of Death who eventually donned the Bat cowl could've played a role in the third Batman Begins film. Overlooking the fact that Michael Chiklis (who is now on the CBS TV show Vegas) didn't end up playing Bane and Minka Kelly didn't portray Talia al Ghul, it's amazing to see how close The Dark Knight Rises actually came to the story I conjured up four years ago. Would it be so far-fetched to think that screenwriters Jonathan Nolan and/or David S. Goyer (but not Christopher Nolan...who supposedly doesn't have a cell phone or even an e-mail address, so I doubt he'd spend his time surfing the Web for Batman 3 concepts to um, borrow from) might've stumbled upon this film blog and borrow my ideas? Don't wanna come across as a naïve delusional fool here, so I'll say it is.

So here are a couple of ideas on how Azrael could've been introduced in The Dark Knight Rises. They're based on the premise that Joseph Gordon-Levitt would play this vigilante and not Robin—and the fact some of these particular scenes would have to be rewritten and extend the movie's running time by at least 5 minutes. Make that 6 minutes; might as well bring TDKR from its actual length of 164 minutes to a full 170... Anyways, here goes: 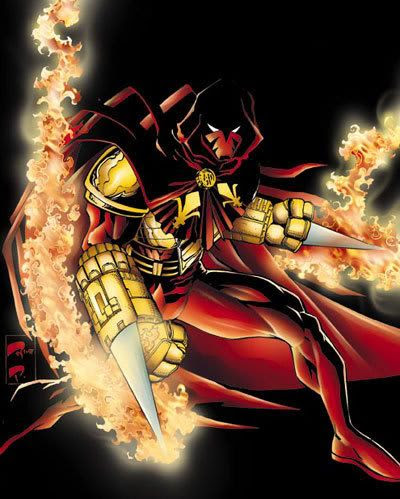 (SPOILERS AHEAD for those of you who haven't seen TDKR yet!)

- In the scene where Bruce Wayne and Lucious Fox are at Wayne Enterprises' secret armory and Fox shows off the Camo Tumblers and The Bat to Wayne, have this scene feature a moment (preferably before The Bat is revealed) where Fox also shows off a gold-plated armored suit and a new Bat cowl with a fully-covered mouthpiece that he was working on ("just for the heck of it") during the 8 years that Wayne was in seclusion. Wayne comments that he prefers his traditional black armor...but tells Fox to put the gold suit in a crate so Wayne can bring it back to the Batcave, anyway.

- In the next scene, where Bruce tests out that new knee brace inside the Batcave, have the gold-armored suit in a retractable glass case right next to the one that holds the black Batsuit. The golden armor disappears into the platform at the same time the black suit emerges from it...leading into that argument where Alfred voices his disapproval of Bruce making his return as Batman.

- In the scene where Commissioner Gordon and Detective Blake (Joseph Gordon-Levitt) are at Blake's apartment watching Bane's speech outside of Blackgate Prison on television, have it revealed that Blake has a tattoo of an Angel of Death (Azrael) on one of his upper arms. (Blake is wearing a t-shirt in the actual scene, so this would work.) I originally thought that Gordon should turn and see the tattoo on Blake's arm, and say something to the likes of "I didn’t think you were the type to have a tattoo" (with Blake responding with something like "I'm not a boy scout, Commissioner."), but this dialogue wouldn't work with the existing scene in The Dark Knight Rises. Bane is still laying siege to Gotham City, and Gordon wouldn't make a trivial observation about his subordinate when the League of Shadows mercenary just exposed the 8-year-old lie the Commissioner made about the late Harvey Dent on national television. This scene would have to be substantially rewritten for a reference to Azrael be convincingly made.

- In the scene towards the end of the movie where Blake is referred to as Robin, rewrite it so Azrael can be referred to. The lady at Wayne Enterprises sees the tattoo on Blake's upper arm and comments, "Nice tattoo. Who's it of?" Blake dryly responds with "It's the Angel of Death." The lady replies with "Does it have a name?" And Blake nods and simply responds with "Azrael" before walking away.

- In the final montage of The Dark Knight Rises, have Blake find the Batcave much sooner in the movie's closing moments so he can stumble upon the gold-armored suit that laid hidden inside that submerged platform. Intermixed with Commissioner Gordon discovering the newly-repaired Bat Signal and Alfred arriving at that Florence café are shots where Blake is trying on the gold suit and the updated Bat cowl.

- Right after those shots where we see Alfred discovering that Bruce Wayne is alive and well at the café, and courting Selina Kyle, the final scene in The Dark Knight Rises is of Blake, in the gold-tinted Bat suit, on the rooftop of a skyscraper preparing to jump and soar into the air...similar to the final shot of Batman Begins. The scene can start two ways: With Blake holding the cowl in his arms before he puts it on and leaps off the building...or with him fully masked as the new Batman before he jumps and begins his role as the hero that Gotham deserves. 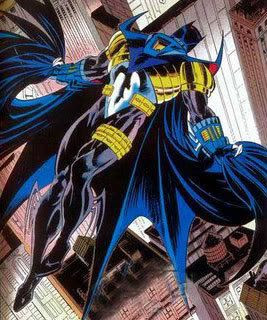 I can also post another journal entry where The Dark Knight Rises is left as-is, but the next Batman film would continue the story from the three Dark Knight flicks...with Blake (as Robin or Nightwing. Preferably Nightwing) needing help fighting a rising tide of criminals inside Gotham, only to see Azrael mysteriously show up on the scene to "help" Blake using his own brand of justice. Christopher Nolan doesn't need to return to direct this flick (though it would be TOTALLY awesome if he did), but Christian Bale would have to be convinced to return as Bruce Wayne and the real Batman somewhere down the line. Why? Read on...

You can create a new Batman trilogy that could closely follow the 1993-94 comic book series Knightfall, Knightquest and KnightsEnd—with Azrael becoming ever more reckless (with Blake struggling not to be forced to the sidelines by the Angel of Death) as Gotham faces a growing chorus of villains that create as much anarchy as the Joker did in The Dark Knight and destruction like Bane did in TDKR. The final film in the new trilogy would pit Azrael against Bruce Wayne, a la KnightsEnd. In fact, my titles for all three installments in this new trilogy would be Batman: Knightfall (first film), Batman: Knightquest (second film) and Batman: KnightsEnd (third film). Very original, I know. It would be awesome if Nolan and Bale returned to lend their talents for KnightsEnd... Hey, this is a fanfic, remember? That is all. 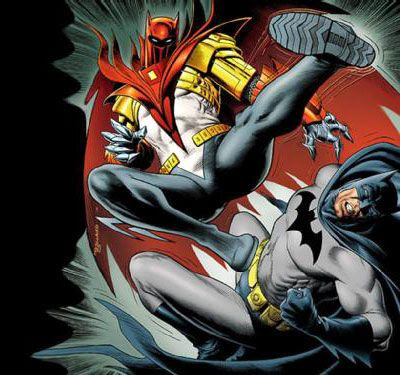