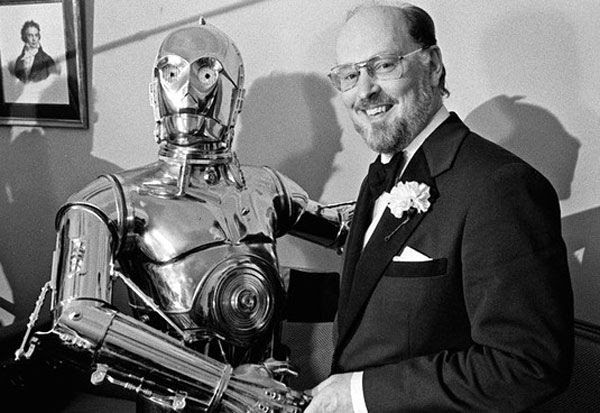 For those of you who didn't hear the awesome news last weekend, John Williams will be back to compose the music for 2015's new installment in the Star Wars saga. While it isn't imperative that Mark Hamill, Carrie Fisher and/or Harrison Ford (and even Billy Dee Williams) reprise their classic roles in Episode VII, it is a must that Williams return to conduct the score for the sequel trilogy. It is inevitable that Disney will make so many new Star Wars movies in the future that other talented composers will need to be brought in to do the music for those flicks. However, the next film is called Episode VII for a reason—and it wouldn't sit well if this one aspect of the Star Wars franchise lost continuity...even if the Alfred Newman-scored Fox logo at the beginning of the movie will most likely be replaced by the Disney Castle, and J.J. Abrams' Bad Robot Productions will share opening credit with Lucasfilm. Carry on.
Posted by Richard at 6:33 PM