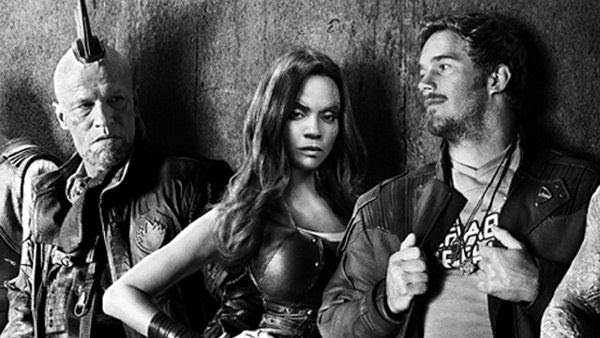 "I aaaammm Groooot!" Assuming that this trailer for Guardians of the Galaxy Vol. 2 makes its big screen debut on December 15, what better way to prepare for Rogue One: A Star Wars Story than to see a preview to what looks to be one of Marvel's best films yet in front of it? Baby Groot looks like he'll steal the movie, but that final trailer scene showing Drax (Dave Bautista) laughing hysterically at Star-Lord's (Chris Pratt) expense might make this a tie. Either way, it appears that the Marvel Cinematic Universe will have another winner on its hands come May 5, 2017. Now when will we see footage to next July's Spider-Man: Homecoming?