STAR WARS: THE LAST JEDI... The First Poster and Teaser Trailer Are Here! 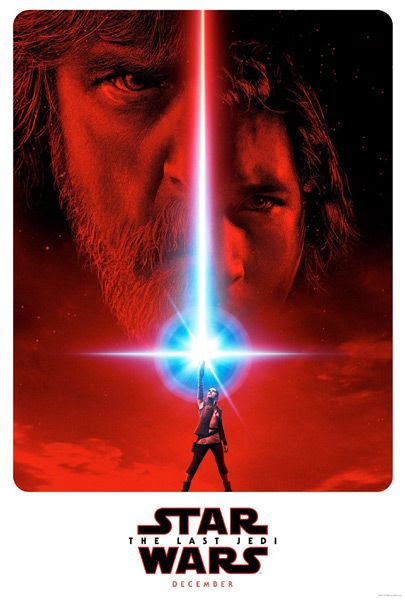 "I only know one truth. It's time for the Jedi...to end." Let's hope that that's not the case as Luke Skywalker (Mark Hamill) speaks for the first time in the trailer for this December's Star Wars: The Last Jedi. The 2-minute preview was unveiled at Star Wars Celebration in Orlando earlier today—with Lucasfilm president Kathleen Kennedy, Episode VIII director Rian Johnson and stars Daisy Ridley (Rey), John Boyega (Finn), Hamill as well as newcomer Kelly Marie Tran (Rose) on-hand to discuss what to expect in the next installment of Disney's Star Wars sequel trilogy. As per tradition, here are screenshots from the trailer (plus the poster above that was handed to all the lucky attendees who watched The Last Jedi panel in Orlando a few hours ago) plus the YouTube version of it at the very bottom of this entry. Only 244 days to go before we see the Resistance take on the First Order on the big screen once more!