How can you tell that Lucasfilm is being less secretive about The Last Jedi than it was with The Force Awakens? It recently revealed these two new pieces of weaponry (after unveiling Kylo Ren's personal starfighter last month) that the First Order uses to wreak havoc on the Resistance in this December's next installment of the Star Wars sequel trilogy. Meet the AT-M6 walker, the tow cable-resistant successor to the AT-ATs of the Galactic Empire, and the Dreadnought...the First Order's answer to the Super Star Destroyer of the Original Trilogy. 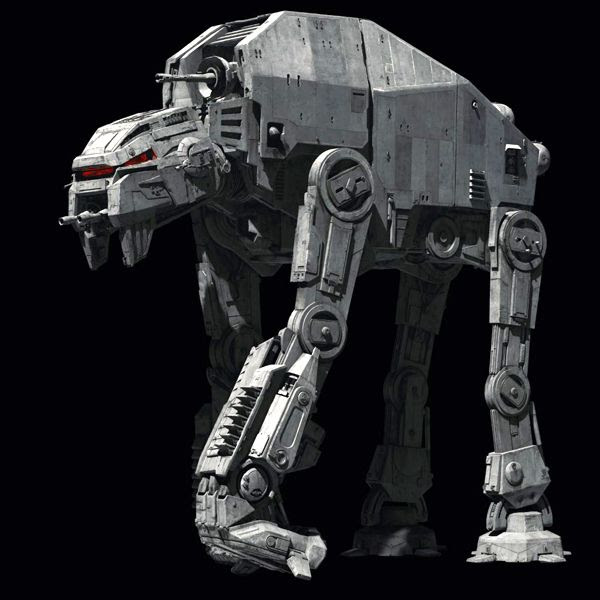 Visit StarWars.com to read more details about these cool and fearsome vehicles. Based on that article, and the fact the Dreadnought has mighty big guns on its keel, methinks this is the vessel that lays waste to D'Qar (the Resistance base in The Force Awakens) in The Last Jedi...prompting General Leia, Poe Dameron, Finn and company to flee the planet as Supreme Leader Snoke gets his revenge for the demise of Starkiller Base in Episode VII. 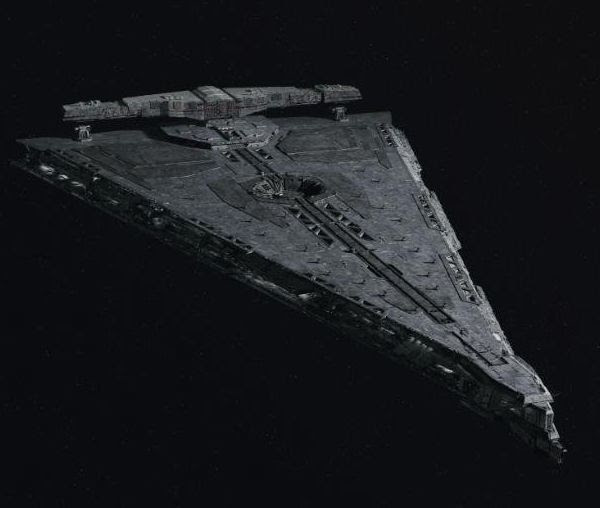 In regards to the toys for the AT-M6 and Dreadnought, you should be able to buy one for your kids/yourself on "Force Friday II"—which is a week from today! Carry on. 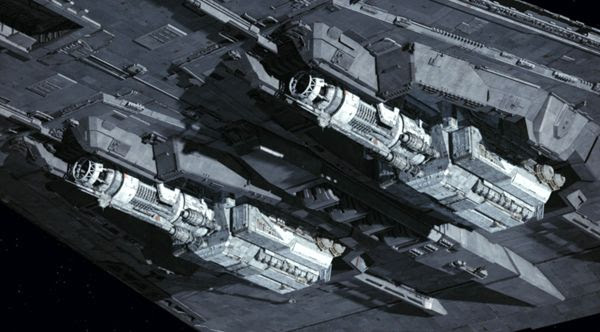