Earlier this week, I caught a matinee screening of Steven Soderbergh's newest film Logan Lucky. Much like his work on Ocean's Eleven and its two sequels a decade ago, Logan Lucky is a feel-good heist flick...where the robbers manage to execute their plan beautifully while giving money back to those who helped them accomplish the caper (both knowingly and unknowingly) along the way. Though I'm wondering: Is Logan Lucky supposed to be a bit of a reboot of the Ocean's movies? You know— Channing Tatum is the ringleader like George Clooney? Daniel Craig is the sidekick like Brad Pitt? Adam Driver is the unwitting but faithful third accomplice like Matt Damon? And Riley Keough (moreso than Katie Holmes in this film) is Logan Lucky's gorgeous and badass equivalent of Julia Roberts' character? And Hilary Swank is playing the newer version of... I forgot who was after Danny Ocean (Clooney) and his crew in that franchise. Andy Garcia? Hm, besides him. 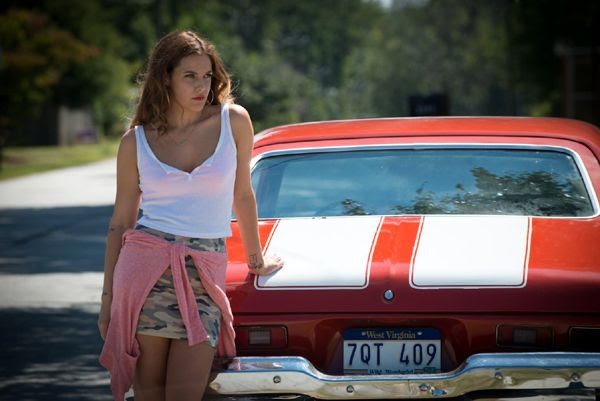 Anyways, Logan Lucky is a very fun film. It's the opposite of 2010's The Town (which is also an excellent heist flick), where everything went wrong during the final caper even though the ringleader in that movie (played by Ben Affleck) managed to get away at the end and live the life he wanted based on his stolen earnings. And another reason to watch Logan Lucky? Seeing Daniel Craig portray a character who isn't a moody protagonist with a European accent (I'm referring to his work on both the James Bond franchise and 2011's The Girl with the Dragon Tattoo). Enjoy his wacky Southern accent in Soderbergh's film before Craig goes back to playing 007 in the next Bond flick...out in theaters in 2019. Carry on.