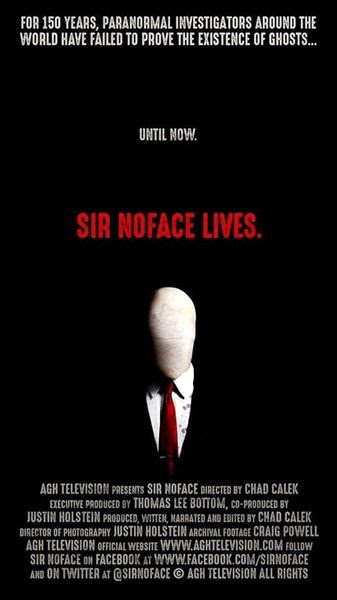 Two days after I watched the hit horror flick It, I saw the ghost documentary Sir NoFace by Chad Calek...at the City National Grove of Anaheim last night. To put it succinctly, I found the film convincing. Despite the documentary starting off pretty slow (and Calek somewhat shamelessly plugging in his previous flick A Blood Red Sky), things got a lot more interesting once Calek and his team head off to Australia to ghost hunt at the haunted Cockatoo Island. Calek spends a commendable amount of time going into the process and evidence showing that a certain house on the island is home to the paranormal...until he finally gets to the money shot of the documentary that proves ghosts are real: A freaky glimpse of a full-bodied apparition, dubbed Sir NoFace, peeking out from behind a door.

In regards to proving that Sir NoFace was not a hoax, Calek—with the help of Digital Domain visual effects artist Dan Patterson (who worked on such films as Transformers, The Avengers and Real Steel)—thoroughly proved that Sir NoFace was not a work of computer graphics. In regards to the ghost being the result of practical effects, Calek stated many times in the documentary that the closet space the ghost appeared in was a tight fit (Craig Powell, a 6-foot-tall ghost hunter and former rugby player who was the one who brought Sir NoFace to Calek's attention, could barely fit inside that closet himself)...meaning that it would've been extremely difficult to fake Sir NoFace if he was the result of anything other than CGI.

There is no way that NoFace was a dummy or a prop—since the person controlling its movement wouldn't be able to fit inside that closet along with it. (My answer to the prop possibly being operated via remote-control: YEA, RIGHT!) And that doorway the ghost appeared in was the only exit from that room... The would-be conman/woman would have to step right in front of the camera to enter that closet space to pull off the hoax. (And from what I recall, Sir NoFace appeared about 4 hours into that video recording. That is one patient con artist to wait that long to pull off their deception.) Also, assuming the audio recording presented by Powell's team wasn't a fake (or taken from other footage), Sir NoFace didn't make any noise as he emerged from behind that wall. Powell and his WSPR (Western Sydney Paranormal Research) team stated that their footsteps made it sound as if they were walking on gravel whenever they entered that room (and the rest of Sir NoFace's place of residence for that matter). Sir NoFace was completely silent in that recording.

Chad Calek said that he is heading back to Australia this November to obtain further proof of Sir NoFace's appearance on Cockatoo Island. Unfortunately, the Aussie government closed off the island to the WSPR team (despite the fact Powell offered direct evidence of ghost sightings that originally prompted the government to propose having public ghost tours on Cockatoo)...but I'm hoping that Calek will somehow find a way to gain access into NoFace's residence. But as I stated at the beginning of this blog entry, I already found this documentary convincing. Ghosts are real! 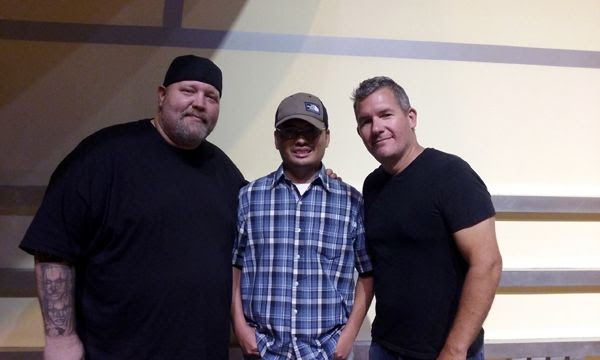 PS: In case you're wondering what Sir NoFace looks like, he definitely isn't a dude in a suit and tie as shown in the poster at the top of this film review. Watch the documentary when you can...the true identity of this ghost will surprise you.

PPS: Chad Calek and Sir NoFace film producer Justin Holstein are pretty cool guys in person. Calek stated that there are other spirits in Australia that Craig Powell had a direct interaction with...but Powell requested that Calek only focus on Sir NoFace for this project. Here's hoping that Calek obtains footage of those other apparitions for future documentaries! Carry on.
Posted by Richard at 11:41 AM