Artwork of the Day #2: The Last Jedi's Elite Praetorian Guard... 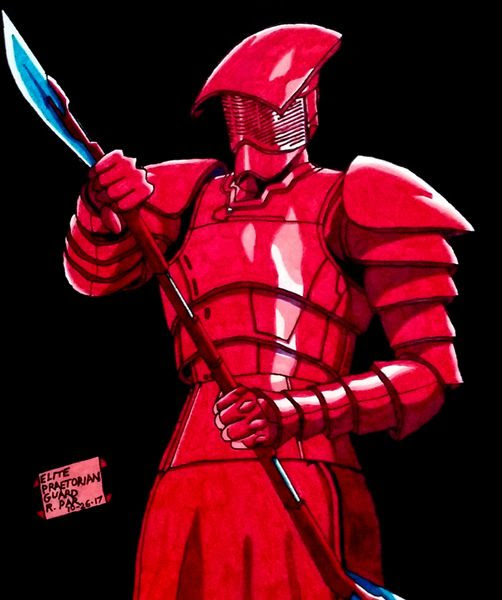 Just thought I'd share this drawing—plus its work-in-progress photos—of the Elite Praetorian Guard from Star Wars: The Last Jedi. I can't wait to see this First Order sentinel in action when Episode VIII hits theaters nationwide on December 15. Though hopefully, unlike the Imperial Guard that preceded it in Return of the Jedi and Revenge of the Sith, respectively, we'll see this red-clad sentry in a cool fighting scene. Those two Red Guards who get knocked down by Yoda before he confronts Darth Sidious in Revenge of the Sith does not count as seeing action! Happy Thursday, again.

Email ThisBlogThis!Share to TwitterShare to FacebookShare to Pinterest
Labels: Revenge of the Sith, Star Wars trilogy, The Last Jedi