Director Ron Howard just announced this morning that next year's Han Solo spin-off flick will be titled Solo: A Star Wars Story. I'm down with it... It's brief and to the point. I preferred The Corellian: A Star Wars Story or Scuffy-Looking Nerf Herder: A Star Wars Story, but it's all good. At least the movie finally wrapped principal photography as of today, though I'm wondering when we'll see a teaser trailer for the film. Perhaps in front of Star Wars: The Last Jedi 58 days from now? Solo does get released to the world in about seven months, after all. It arrives in theaters nationwide on May 25, 2018—exactly 41 years after Star Wars: A New Hope opened to the public and made cinematic history. Carry on. 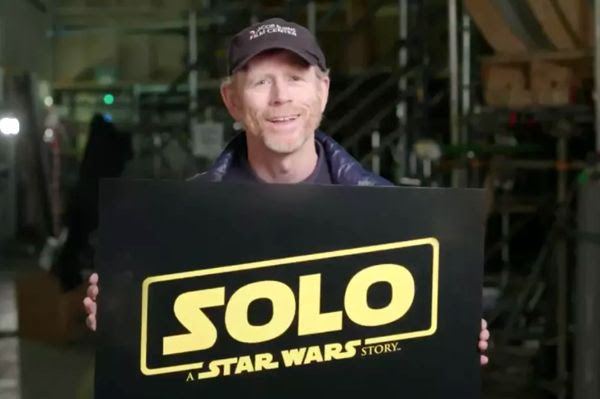