VENOM: A Selfie with the Symbiote... 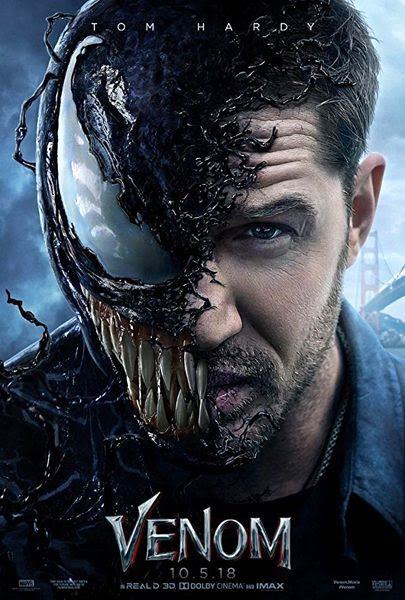 To commemorate the October release of the Spider-Man spinoff film Venom—starring Tom Hardy, Michelle Williams and Riz Ahmed—Sony Pictures set up this website where you can upload a selfie and incorporate it with the Symbiote as seen in the official theatrical poster above. I recommend that you do this on your computer instead of on your smartphone...as you have much greater control in rotating and/or cropping your selfie to make sure it convincingly matches the size of the Symbiote in this pic. I'll probably create another image, but this time with a selfie of me pretending to look a lot angrier to make the pic more intense.

Venom arrives in theaters nationwide on October 5 (the day after my birthday). Carry on. 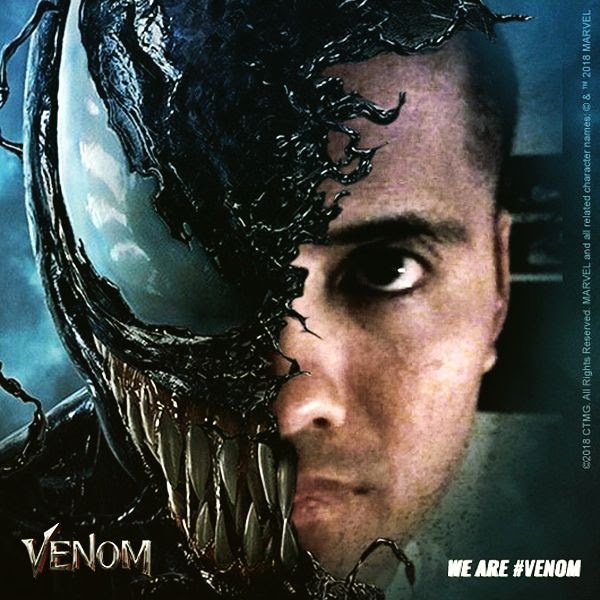