The CAPTAIN MARVEL Teaser Poster and Trailer are Here! 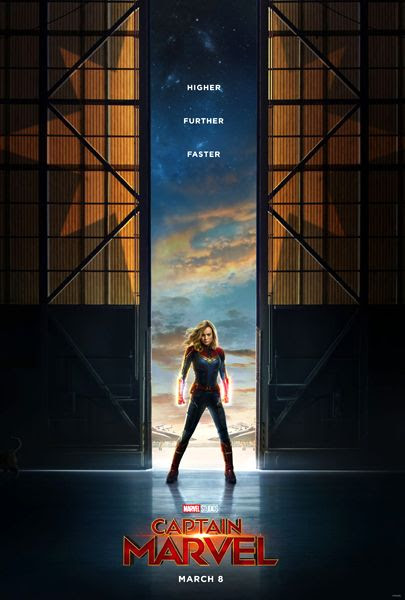 Earlier today, Marvel Studios began the hype machine for its next film (before Avengers 4) when it unveiled the teaser poster and trailer for Brie Larson's Captain Marvel. As anticipated, the new preview gave us a glimpse of a young Agent Coulson (Clark Gregg) and two-eyed Nick Fury (Samuel L. Jackson), as well as Ronan the Accuser (Lee Pace), Carol Danvers' (Larson) teammates on her Starforce military team (including Gemma Chan as Minn-Erva, seen below), the shape-shifting Skrulls and of course, Captain Marvel in her signature red, blue and gold suit. And if you stare closely at the poster above, you'll see Chewie the Cat—Danvers' furry extraterrestrial companion in the comic books—lurking in that hangar's shadow (towards the lower-left side of the image). Can't wait to see how this alien feline steals the show next year!