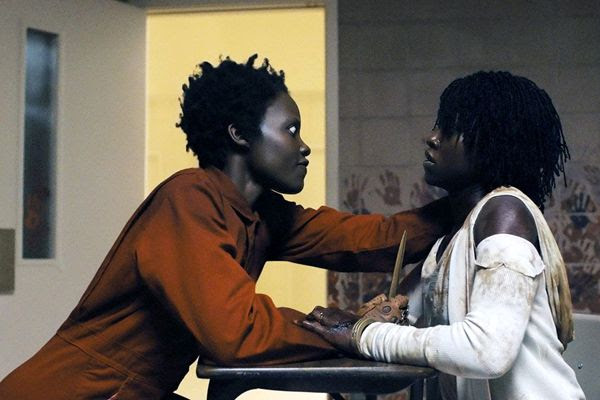 So I saw Academy Award winner Jordan Peele's newest horror flick today. What Us lacks in scares, it makes up for in humor, likeable characters and a high concept (like the Happy Death Day movies). Us is similar to Stephen King's IT in that it deals with mysterious, homicidal beings (though in IT, it's an inter-dimensional monster that haunts the small town of Derry) who reside inside underground tunnels and sewers. But it isn't just children that these doppelgängers (dubbed Shadows) threaten—which is indicated in the TV spots and movie trailer. By the film's climax, we see that the California city of Santa Cruz (where the story takes place) won't be the only town to be affected by the Shadows. Will we see the nationwide aftermath of the invasion in an Us 2? Speaking more about the movie's climax, we'll overlook the fact that you can see the big twist from a mile away!

The gist of this review: Jordan Peele comes up with the most intriguing ideas for horror flicks... I look forward to seeing what he conjures up next for the big screen (not necessarily Us 2)! I like how Us integrates the instrumentals of Luniz's 1995 hip-hop song I Got 5 on It in its music score by Michael Abels, and I seriously think that Lupita Nyong'o should get an Oscar nomination for her dual performance as Adelaide Wilson and Red. Carry on.
Posted by Richard at 11:07 PM