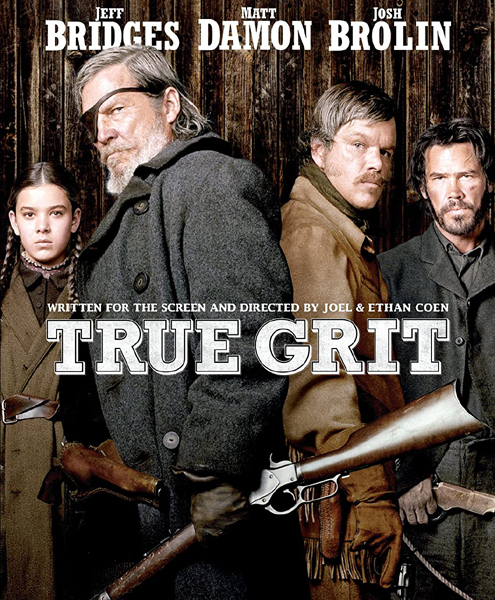 Just thought I'd point out that I watched the Oscar-nominated film True Grit at the theater a decade ago today. This was the last movie I saw on the big screen in 2010. Apart from the fact that this remake of the 1969 classic Western, starring John Wayne, received ten Academy Award nominations—including Best Picture, Best Director (Ethan and Joel Coen), Best Actor (Jeff Bridges), Best Supporting Actress (Hailee Steinfeld) and Best Cinematography (Roger Deakins)—there are other reasons for why I would commemorate this movie ten years later. The King's Speech would go on to win Best Picture for 2010, FYI...but honoring that amazing film would take place in February of 2021 (assuming that I'm in the mood to blog about this movie around that time), seeing as how I watched The King's Speech at the theater in February of 2011. Happy Monday!
Posted by Richard at 12:07 PM