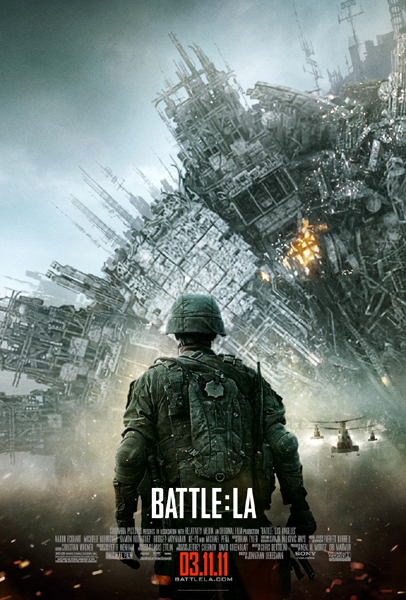 Today marks ten years since I saw the sci-fi action flick Battle: Los Angeles at the theater. I thought it was pretty exciting...even though the movie (which starred Aaron Eckhart, Ramon Rodriguez, Ne-Yo, Bridget Moynahan, Michael Peña and Michelle Rodriguez) would've felt more authentic if it was actually filmed in the City of Angels. Battle: Los Angeles was mostly shot in Shreveport and Baton Rouge, Louisiana—with Camp Pendleton being the only California setting where production was held in the Golden State. It's all good.

Here's my original review of the film back in 2011.

Email ThisBlogThis!Share to TwitterShare to FacebookShare to Pinterest
Labels: Back in the Day, Battle Los Angeles, Movie reviews