Images and Video of the Day: Gettin' Ready for VENOM: LET THERE BE CARNAGE... 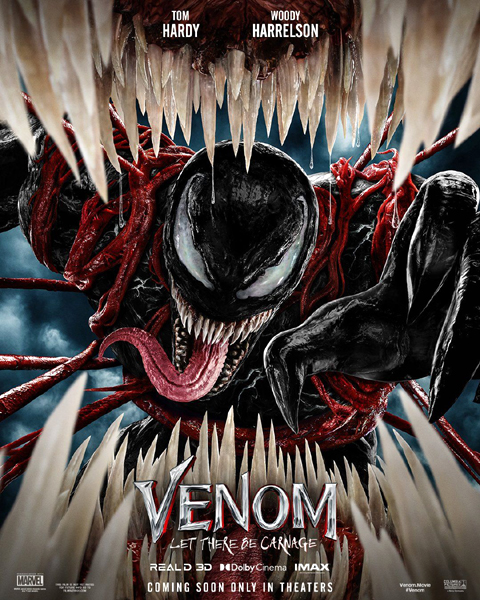 Just thought I'd share this theatrical poster, trailer screenshots and the trailer itself for Venom: Let There Be Carnage...the Andy Serkis-directed sequel which opens only in theaters nationwide on September 24. As shown below, the classic Spider-Man villain Carnage will finally be brought to life on the big screen—with his serial-killing human host Cletus Kasady played by Woody Harrelson. Tom Hardy returns as Eddie Brock and his ravenous alien symbiote, while Michelle Williams reprises her role as Anne Weying, Brock's on-again, off-again girlfriend from 2018's Venom.

As mentioned above, Let There Be Carnage will only be showing in theaters when it makes its debut this fall. All the more reason why Venom fans (and Marvel geeks, in particular) need to get vaccinated if they haven't done so already. I got my second dose last month. 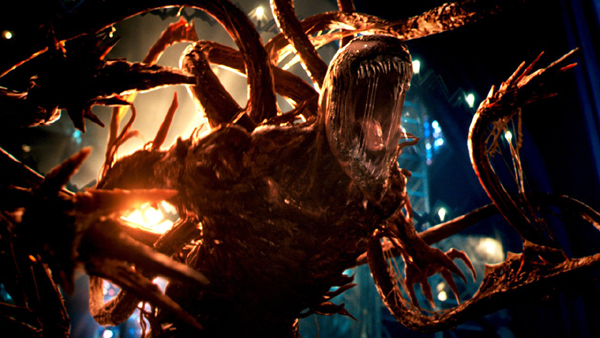 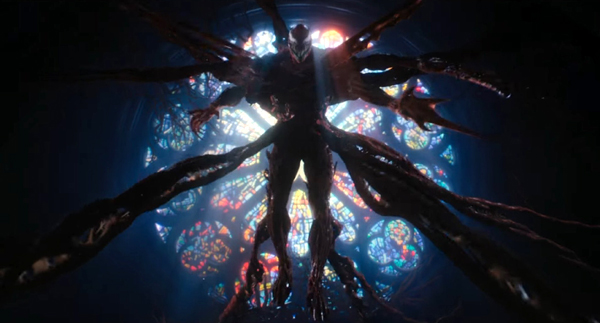