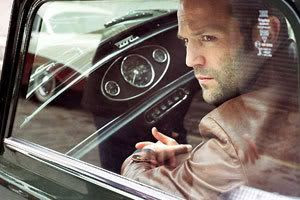 THE BANK JOB... I saw the film yesterday, and it’s pretty amusing in that it reminded me of the whole Eliot Spitzer fiasco more than a week ago. Perhaps the former New York governor should’ve done research on the true story this flick is based on (It's about a group of robbers who pull off a heist in Britain, and end up having to save their own asses by blackmailing a group of politicians and other shady folks who kept evidence of their sleazy affairs in safe deposit boxes at the bank the robbers broke into. I typed this run-on sentence in case you never saw the trailer, haha) , and maybe then he wouldn’t have gotten it on with Kristen. Probably not. Also, I don’t think the guy Jason Statham portrayed in The Bank Job actually beat the crap out of those guys at the end of the movie. Or maybe he did. I should look it up on Wikipedia.

(Of course I know Terry Leather is a fictional character! Hahaha.) 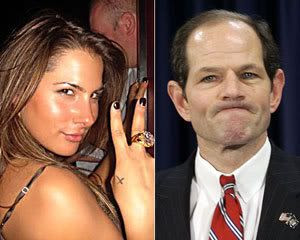