THE DARK KNIGHT Theatrical Trailer... The new preview made its debut in front of Iron Man at theaters last weekend, and it shows more awesome shots of the Joker wreaking havoc on Gotham City, as well as Harvey Dent before he becomes Two-Face. Speaking of Harvey Dent, he had this one memorable line in the trailer: "You either die a hero, or you live long enough to see yourself become the villain." Ominous. 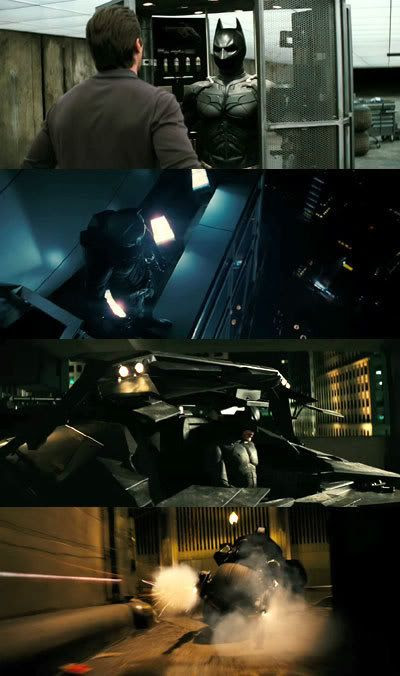 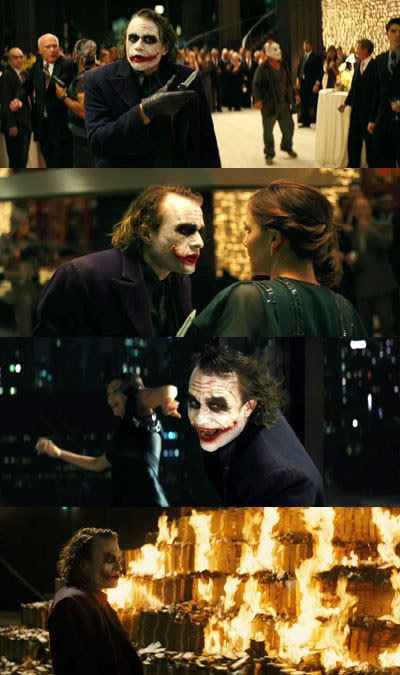 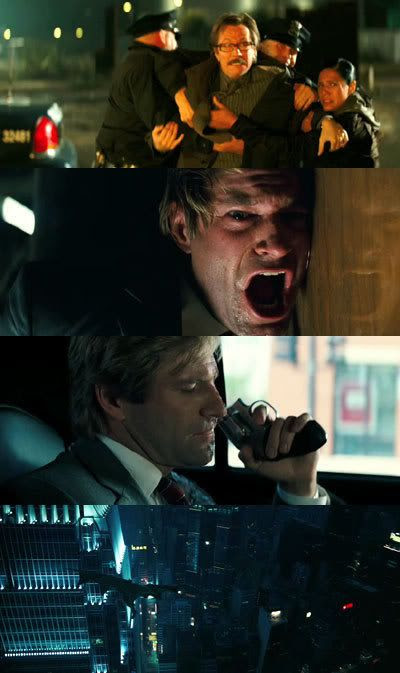