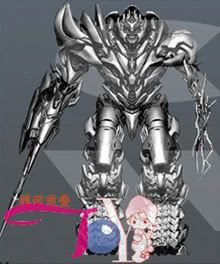 REVENGE OF THE FALLEN Update... Someone leaked these art concepts online yesterday, and show the possible new vehicle mode for Megatron in Transformers 2. The pic above was leaked onto the Web last Tuesday...and show how the Decepticon leader might possibly look in robot form as he returns to get revenge on the Autobots in the sequel. (However, Revenge of the Fallen can still refer to the revival of Megatron AND the flame-covered character himself.)

Those of you who watched the first Transformers film last year will remember that Megatron lost parts of his legs and his left arm in the final battle with Optimus Prime, the U.S. military and Sam Witwicky...which would explain the spindly appendage that now make up that arm, and the fact his legs contain tank treads that turn him into the odd-but-cool-looking ground vehicle you see in these images.

As you can see, these pics are watermarked...so I’ll let you know if Paramount/Dreamworks send what will hopefully be a polite e-mail telling me to take these pics down. Or else. Hmm... Saying "or else" wouldn’t be very polite at all. Oh well. 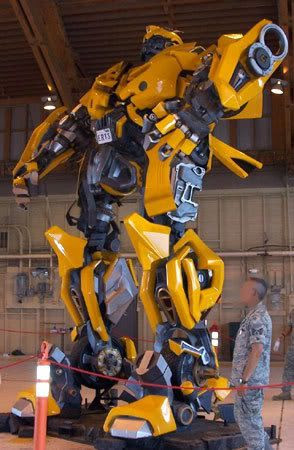 By the way, filming for Transformers 2 is still taking place in New Mexico, and principal photography for the sequel is scheduled to wrap sometime in the middle of next month. Bumblebee rocks. I saw that life-size mock-up in Hollywood last year.

UPDATE: Two more pics of Megatron's tank mode were posted online today. Apparently, these drawings are from the instruction manual for the toy... 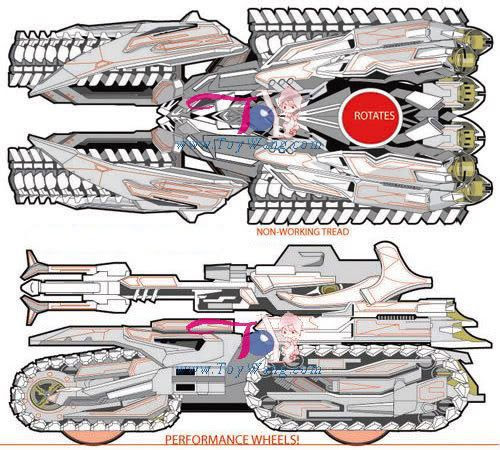 UPDATE #2: Entertainment Tonight will have a special feature on its show tomorrow called "Transformers Tuesday", where host Mark Steines interviews director Michael Bay, actors Shia LaBeouf, Megan Fox and Co. during his visit to the Transformers 2 set in New Mexico. I'll be at work tomorrow, so hopefully they'll make the show available online after it airs. Here's the promo: