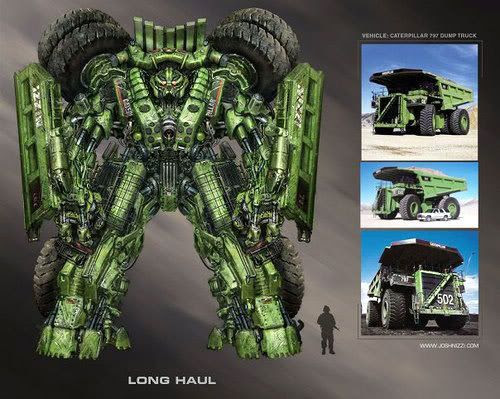 REVENGE OF THE FALLEN Update... Last week was another big week for news about Transformers 2 (TF2), which has about 5 more weeks to go in terms of filming...according to one of the movie’s writers, Roberto Orci. Here is the latest info about the sequel:

-Ain’t-It-Cool-News mentioned that the full theatrical trailer for Revenge of the Fallen (ROTF) will premiere in front of J. J. Abrams’ Star Trek...which gets released in theaters next year on May 8.

-The teaser trailer will be released this November...though it hasn’t yet been revealed which movie it will debut in front of. The next James Bond flick, Quantum of Solace, is rumored to be the most likely film where you can see the TF2 teaser. Solace will be released in cinemas on November 14.

-The Decepticon ‘combiners’ known as the Constructicons will make an appearance in ROTF, with the main robot that they transform into, Devastator (the M1A1 Abrams tank of the same name in the first Transformers film should’ve actually been called Brawl), having "lots of upper body strength, like a gorilla".

Nice analogy...seeing as how I want to see this bad motha’-shut-yo-mouth go APE-S**T on the Autobots in ROTF!

Unlike the toy and cartoon versions, Devastator will be made up of 7 smaller robots in ROTF...instead of 6. The Constructicons will not just be green. Some of the vehicles will also be red and yellow, according to TFW2005.

-The concept artwork of one of the Constructicons, Long Haul (shown above), is said to be legit. It was created by Josh Nizzi...an artist who is currently on the concept team working on robot designs for Transformers 2. The CGI model of Long Haul, shown below, was made by a fan. I actually posted the artwork above in an earlier Blog.

-Transformers 2 is currently filming at Holloman Air Force Base in New Mexcio. After that, production will move overseas to Egypt and possibly Jordan. And that will probably mark the end of principal photography for the sequel.

The Transformers Live Action Movie Blog has a lot more updates on TF2. Click here for additional info (and rumors). 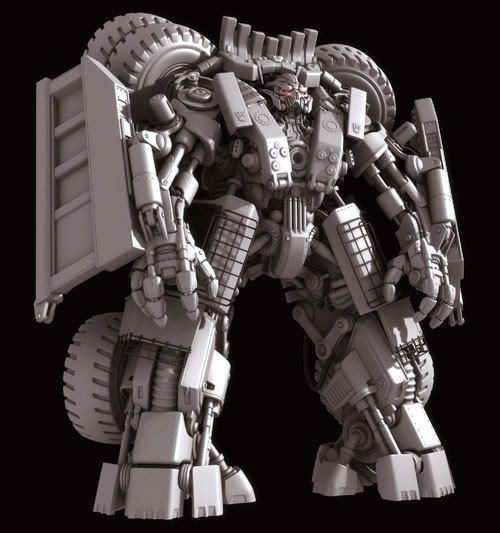 Email ThisBlogThis!Share to TwitterShare to FacebookShare to Pinterest
Labels: James Bond, Revenge of the Fallen, Transformers