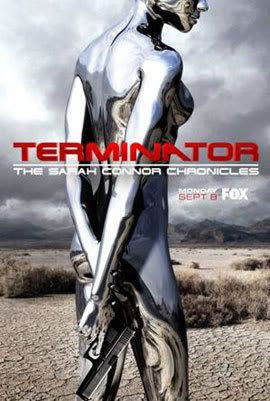 MORE ON TERMINATOR... Yesterday, I watched the Season 2 premiere of The Sarah Connor Chronicles, and needless to say... The T-1000 is BACK!! Well— Not as Robert Patrick from Terminator 2: Judgment Day, of course, but a female version played by Shirley Manson, the lead vocalist of the band Garbage. 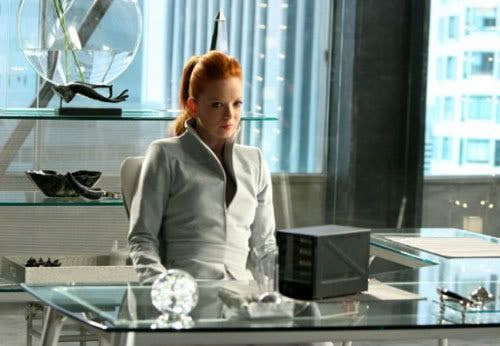 I’d like to see Manson’s liquid cyborg (whose human name is Catherine Weaver) go up against Summer Glau’s Cameron Phillips in upcoming episodes. And speaking of Cameron (or Summer. Whoever you prefer), is it just me or is she a lot hotter when her Terminator goes bad? Will we see John Connor get tempted to engage in some human/robot copulation with Cameron in a future episode, after she ‘professed’ her love for him in last night’s premiere? That’s something to think about... Oh, and if 'man-juice' can short-circuit the wiring inside Cameron after she performs— Nevermind. That's the corrupt part of my mind talking, haha. 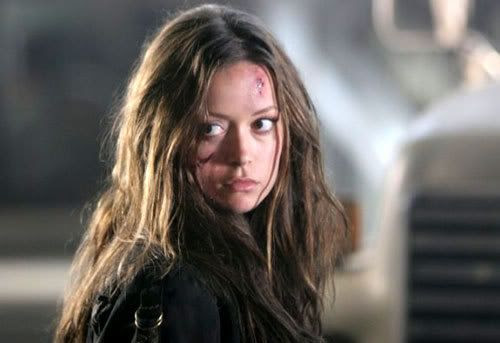 Back to the T-1000, I wonder if we’ll see some cool action sequences with Manson in ‘em. Like her walking through a chain-link fence as she chases after Sarah Connor and Company... Or impale BAG—err, Brian Austin Green—err, Derek Reese with a metallic finger blade... That would also be cool.

It’s interesting to see where this new season will lead...and how it will tie in with next May’s McG-directed film, Terminator Salvation (starring Christian Bale). Will Ms. Glau make a cameo in this flick? That’s all I care about. That— And hot liquid cyborg females and other evil robots that go shootin' and stabbin' in the night.
Posted by Richard at 7:15 PM