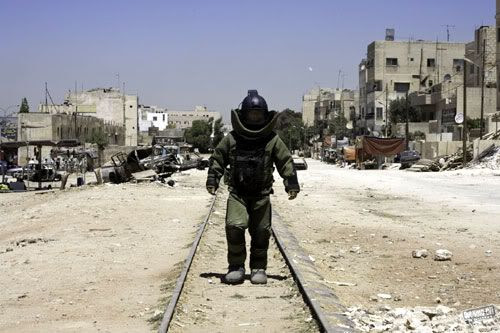 THE HURT LOCKER... I saw the film yesterday, and I must say, it really is the best movie I’ve seen all summer. Actually, make that all year. The Hurt Locker reminded me of Black Hawk Down (yes, I know... DUUUH. They’re both, um, war flicks?) in that it conveyed nonstop suspense and intensity whenever we followed our three main protagonists (two infantrymen and a reckless bomb tech they have to protect) through the streets and desert of Iraq. In Black Hawk Down, of course, the film was one long street battle (I mean that in a good way) as special forces battled their way through the city of Mogadishu in Somalia to rescue fellow troops from a downed military chopper. 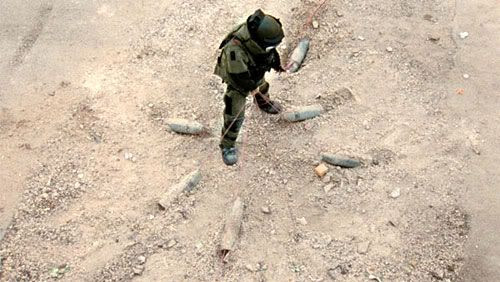 I’ve seen other Iraq-themed movies like Jarhead, Courage Under Fire and Three Kings, but The Hurt Locker feels the most realistic of them all. Of course, in Jarhead, we spend much of the movie watching Jake Gyllenhaal waiting around to see actual combat during Operation Desert Storm (which his character never did...since the 1991 war was already won through U.S. and allied air power by the time ground forces rolled into Iraq). In Three Kings, the story is obviously a lot more fictional as George Clooney, Ice Cube and company are too busy throwing around a football and going through the Iraqi desert searching for gold. Still... That was an interesting movie. I don’t remember much from Courage Under Fire since I saw that flick waaay long time ago. Did Meg Ryan get nude in that movie? No? Well okay, The Hurt Locker is a better film. 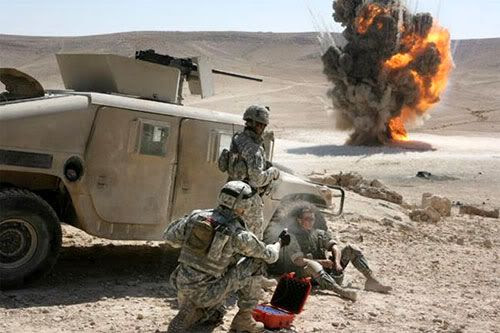 What makes The Hurt Locker even more exceptional is the fact it was helmed by Kathryn Bigelow. You heard right. Kathryn Bigelow. As in, a female director. Call me sexist all you want, but the fact a woman conveyed the most interesting and realistic action of all the military-themed flicks released this summer (Um, G.I. Joe and Transformers: Revenge of the Fallen?) speaks volumes. I mean, sure, G.I. Joke and Revenge of the Fallen are escapist flicks...but what does it tell you when Bigelow (who also directed Patrick Swayze’s Point Break and Liam Neeson’s K-19: The Widowmaker) pulled off a much better portrayal of the U.S. military than Stephen Sommers and Michael Bay did? Michael Bay had F-22 Raptors, B-1 bombers, Predator unmanned aerial vehicles, C-17 cargo jets and M-1A1 Abrams tanks to play with in Transformers 2. Bigelow merely had Humvees and a couple of armored personnel carriers at her disposal, and despite the fact we see U.S. soldiers constantly getting preyed upon by Iraqi insurgents in Locker, I would still find this movie interesting enough to get me to join the military. Which I wouldn’t. Just sayin'. 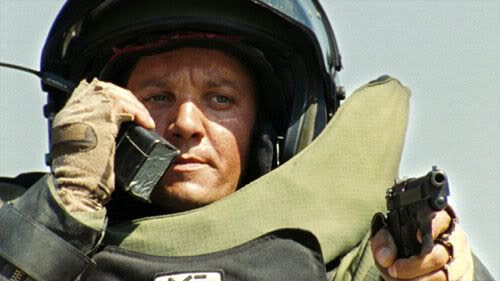 All-in-all, The Hurt Locker was great. This film better get some Oscar recognition next February...seeing as how it’s one of the best reviewed flicks this year (98% Fresh at RottenTomatoes.com). Would I say that Locker is even Best Picture material? ABSOLUTELY! Especially considering the fact the Academy is planning to nominate up to 10 films for the top trophy next year. Anyways... I actually got to see one of the bomb suits used in the movie at ArcLight Cinemas more than a month ago. Here’s a photo I took of it. That is all. 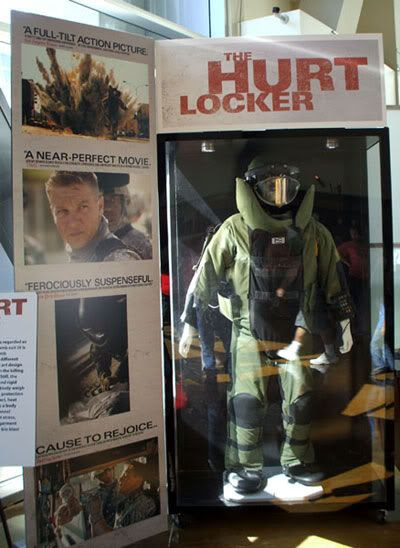 Email ThisBlogThis!Share to TwitterShare to FacebookShare to Pinterest
Labels: Movie reviews, Revenge of the Fallen, The Hurt Locker