Image of the Day... One of my friends posted this clever meme on Facebook tonight. Liam Neeson has a good reason to unleash his fury (as seen in Taken and most definitely Taken 2, which will be released in theaters nationwide on October 5) on those who spoil the latest Batman film for him. He played Ra's Al Ghul in Batman Begins, and will once again show up as the League of Shadows leader in The Dark Knight Rises....in a flashback scene, that is. Oh c'mon, this news has been known since last year. 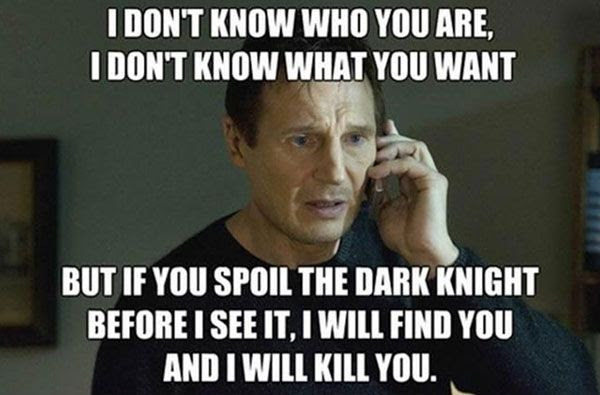 Email ThisBlogThis!Share to TwitterShare to FacebookShare to Pinterest
Labels: Batman, Photos of the Day, The Dark Knight Rises