Photos of the Day #2: Pics from the ROGUE ONE Red Carpet Event... 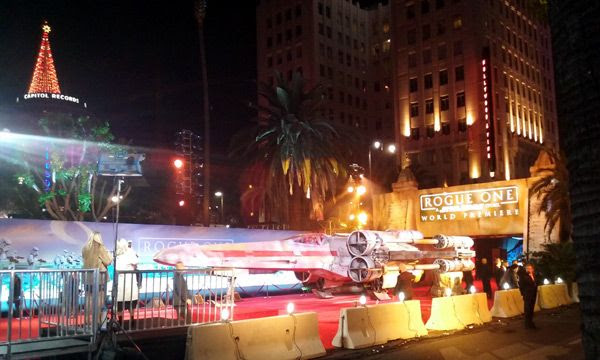 So last night, I drove back down to Hollywood to check out the red carpet event for the Rogue One: A Star Wars Story premiere. It was cool to take pics of the full-size X-Wing model without having to use my selfie stick (though I used it anyway to get some nice high-angle shots). In terms of taking (really blurry) photos of the cast members, I managed to get snapshots of Alan Tudyk (K-2SO), Ben Mendelsohn (Director Orson Krennic), Riz Ahmed (Bodhi Rook), Diego Luna (Captain Cassian Andor) and Donnie Yen (Chirrut Îmwe). I also spotted Rogue One director Gareth Edwards on the red carpet, but was unable to get a pic of Jyn Erso herself, Felicity Jones...since I was posting the Ben Mendelsohn pic on Twitter just as Jones walked past the X-Wing and was about to enter the red carpet tent. Darn it. In terms of other celebrities in attendance, I also spotted Brooklyn Nine-Nine's Terry Crews, Firefly's Nathan Fillion, well-known educator Bill Nye the Science Guy, TV talk show hosts Chris Hardwick and Aisha Tyler (didn't take pics of them though), and Kevin Smith himself at the premiere. Very awesome. Of course, you could've just scrolled down this entry and see the blurry photos for yourself! 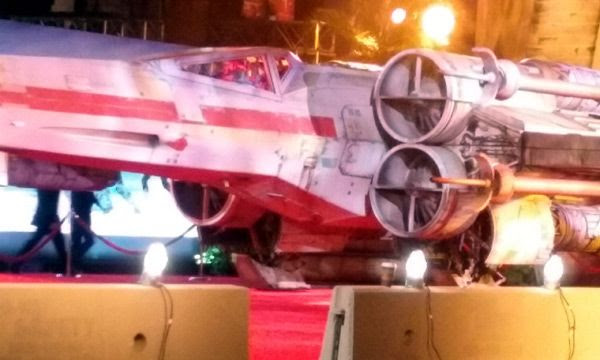 I definitely need to do this again next year for Star Wars: Episode VIII and in May of 2018 for the untitled Han Solo flick. What better way to make up for not getting a snapshot of Jyn Erso than to get a horrible photo of the beautiful Emilia Clarke on the red carpet less than two years from now? Carry on.

LINK: More photos I took at the Rogue One: A Star Wars Story red carpet event 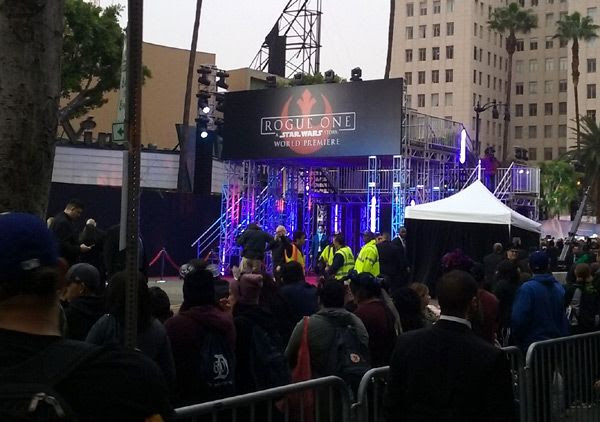 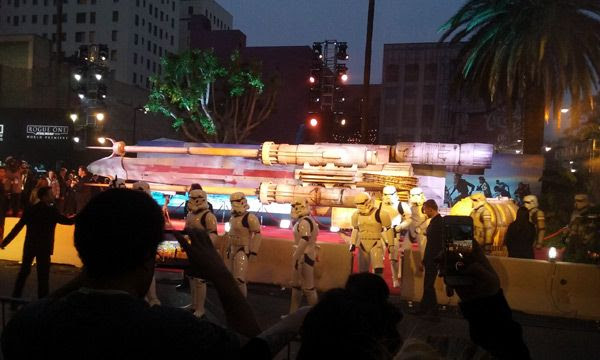 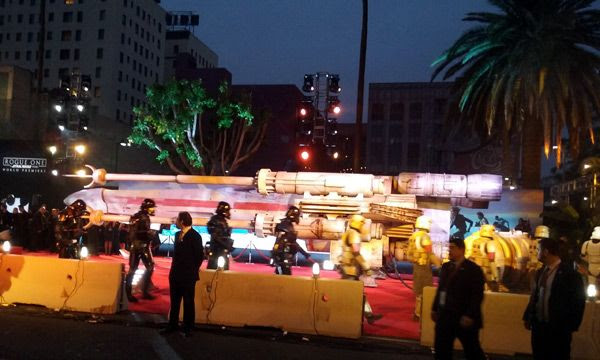 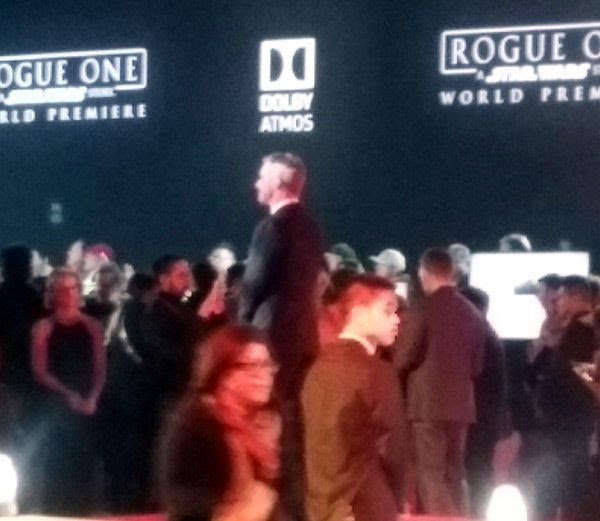 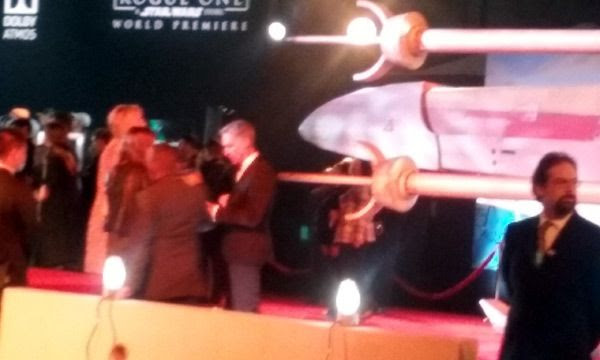 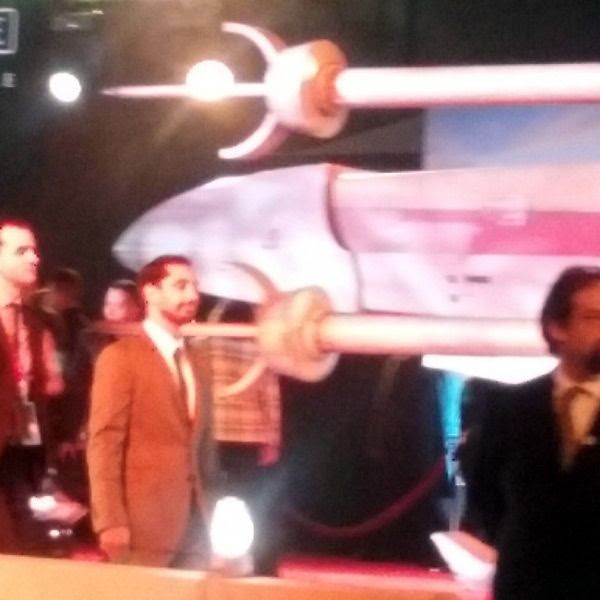 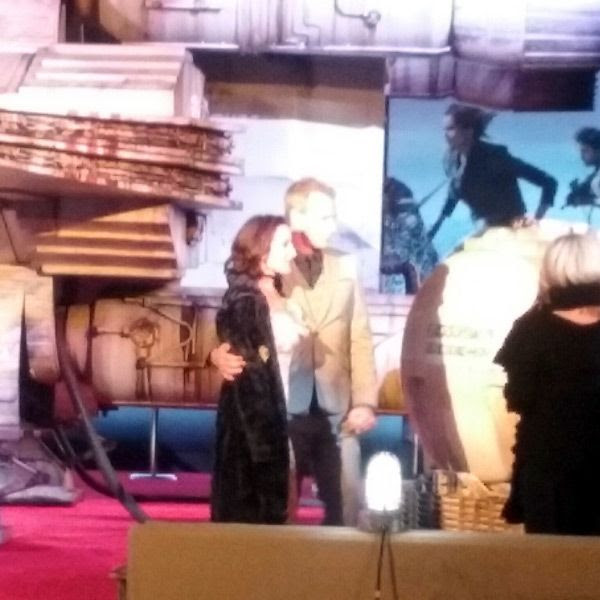 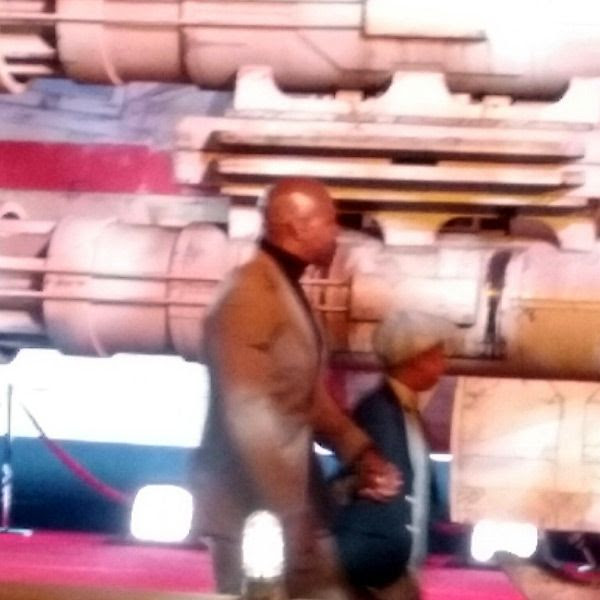 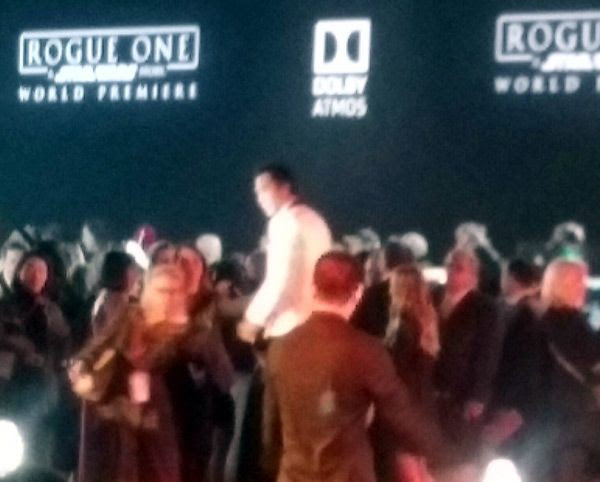 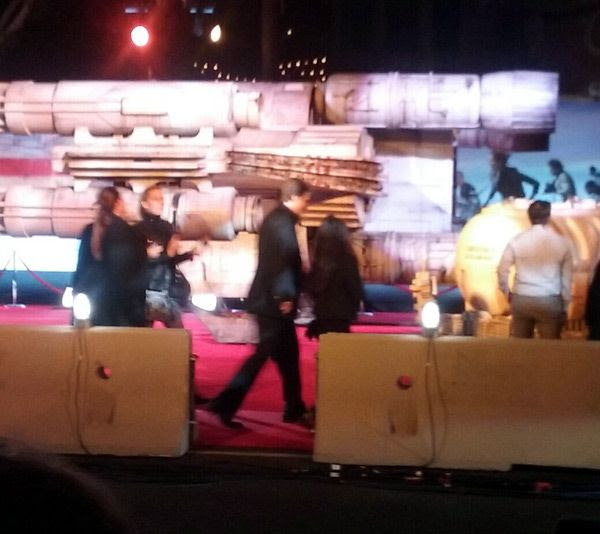 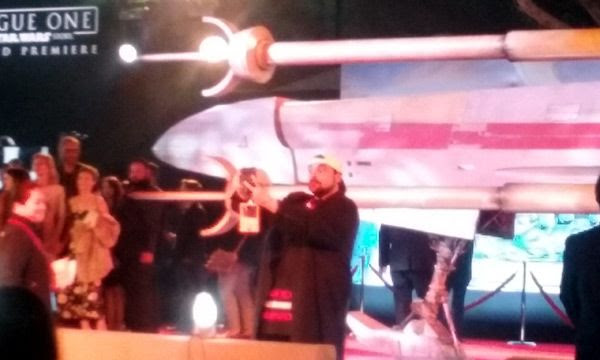 Email ThisBlogThis!Share to TwitterShare to FacebookShare to Pinterest
Labels: Photos of the Day, Rogue One, Solo