Photos of the Day: Prepping for the ROGUE ONE Premiere... 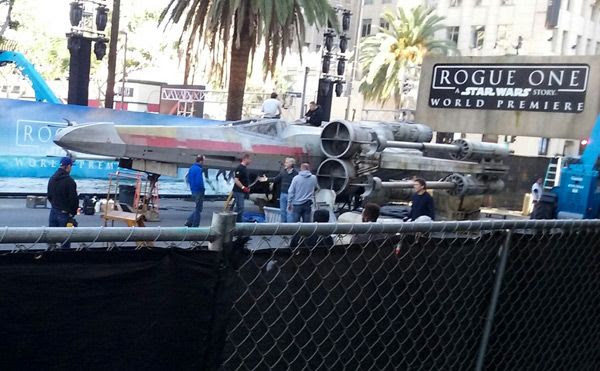 Earlier today, I drove down to Hollywood to check out the progress being made on setting up the red carpet tent that will be the center of attention for the Rogue One: A Star Wars Story premiere this Saturday. The newest Star Wars film will be screened at the Pantages Theatre...which is several blocks away from the Dolby Theatre (home to the Academy Awards), the TCL Chinese Theatre (formerly known as the Grauman's Chinese Theatre...where The Force Awakens' premiere took place last year) and the Hollywood & Highland Center (where I parked this morning). It was cool seeing the red carpet where Rogue One stars Felicity Jones, Ben Mendelsohn, Alan Tudyk, Mads Mikkelsen and company will walk on two days from now, but what got me to drive all the way to Hollywood in the first place was seeing the full-size X-Wing prop that is situated right across the Hollywood Blvd/Vine Street intersection from the tent! 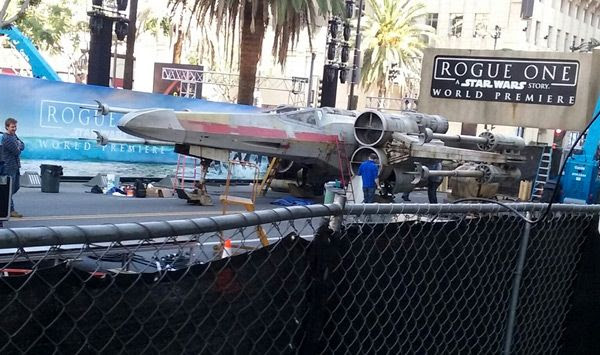 It's a good thing that I had a selfie stick with me; otherwise, I couldn't get those shots of the X-Wing above. Tall chain link fences and black barriers currently surround the starfighter prop... It remains to be seen if those fences will be removed before the red carpet event on Saturday evening. I'm currently thinking about going back to Hollywood on December 10 to see if I can get photos of Felicity Jones and/or the other actors as they enter the tent to walk down the carpet. Not bloody likely—but it's worth a shot. But one thing's for sure, if the chain link fences are removed, you can be sure that I'm gonna get more pics of the X-Wing on Saturday night! And if they're not, well, whoever invented the selfie stick needs a pat on the back and offered a free beer at the local bar (or, in the spirit of Star Wars, a cantina). Happy Thursday! 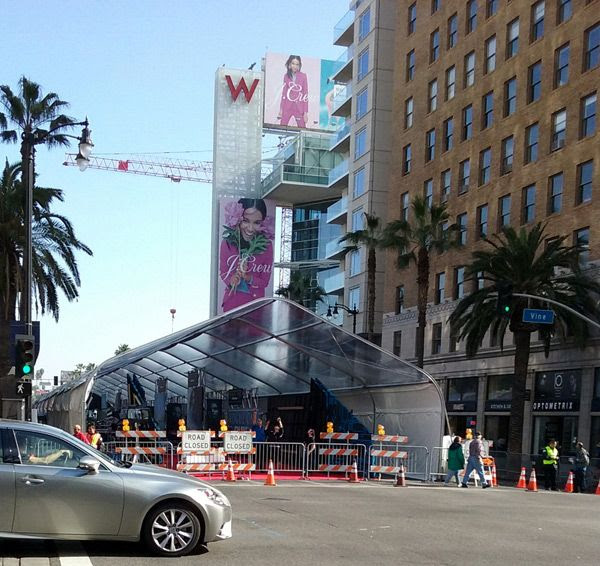 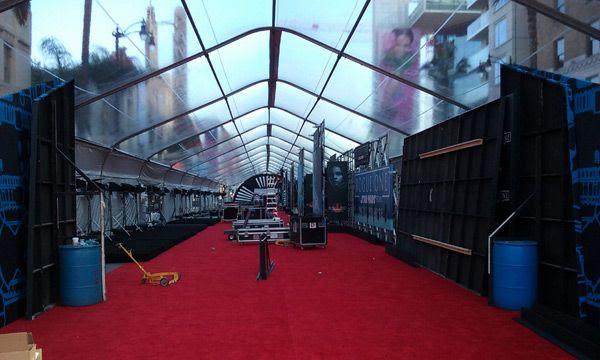 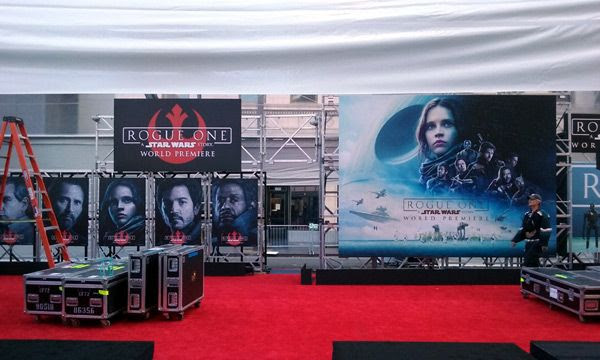 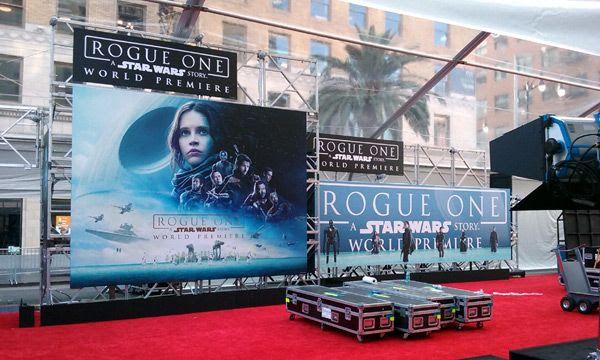 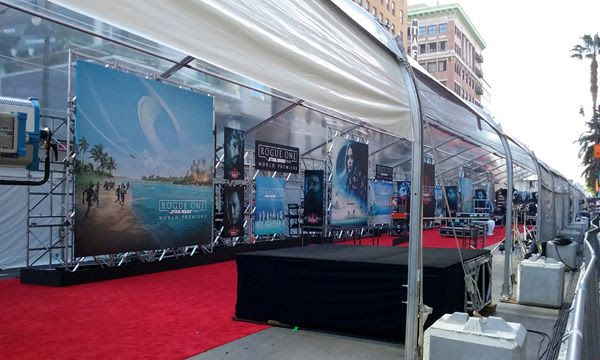 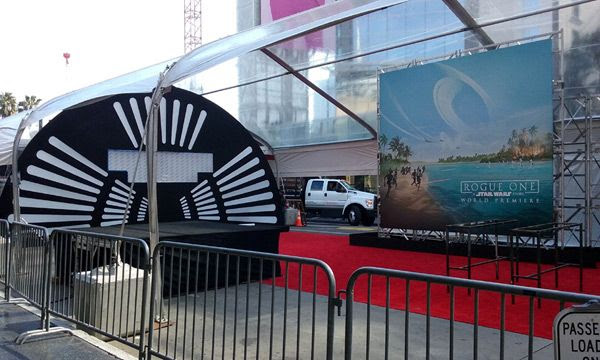 Email ThisBlogThis!Share to TwitterShare to FacebookShare to Pinterest
Labels: Academy Awards, Photos of the Day, Rogue One, The Force Awakens