Photos of the Day: DEADPOOL in Hollywood... 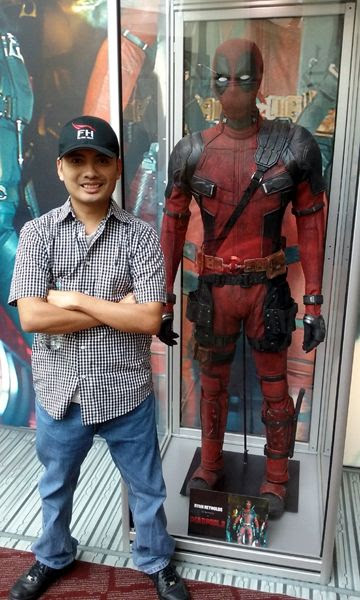 So yesterday, I drove down to ArcLight Cinemas in Hollywood to check out three costumes from Deadpool 2 that were on display in the theater's main lobby. The highlight of the exhibit, of course, was the Deadpool suit worn by Ryan Reynolds himself. To the left of the 'Merc with a Mouth' was the 'Domino' outfit worn by Zazie Beetz, and the 'Bedlam' costume on the right was worn by Terry Crews. 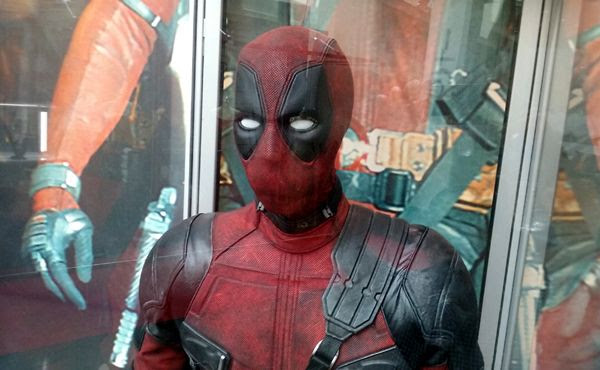 I also went to the ArcLight to see the costumes worn in Solo: A Star Wars Story (which I watched for a second time at AMC Theatre before I made the trip to Hollywood), but sadly, they were nowhere to be seen when I arrived. I guess ArcLight decided to get rid of the exhibit after the not-so-stellar box office gross that Solo earned in its opening weekend. Just jokin'...maybe. Right next to the Deadpool display were the costumes worn in the upcoming Ocean's 8 instead. The necklace shown in the image at the very bottom of this entry was worn by Anne Hathaway in the movie. Carry on. 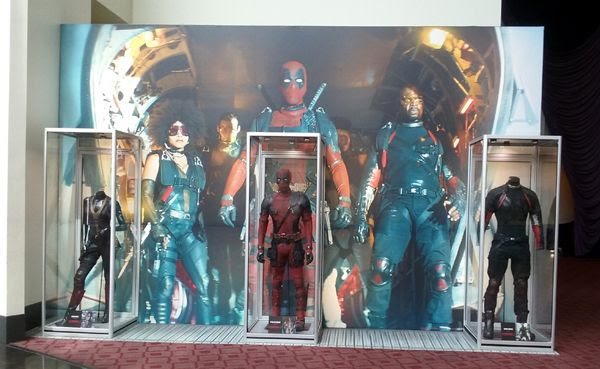 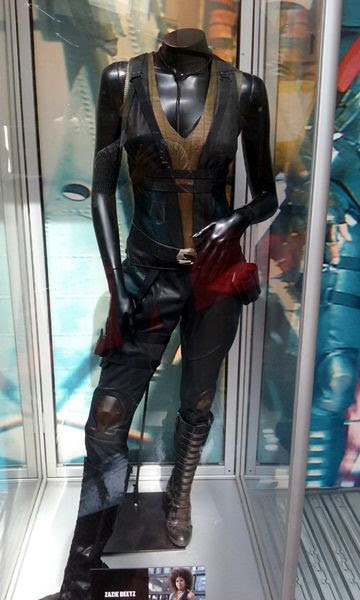 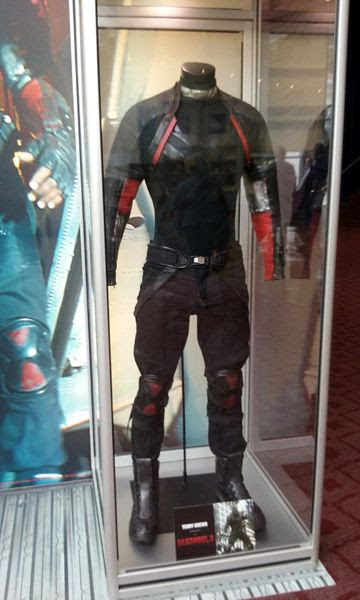 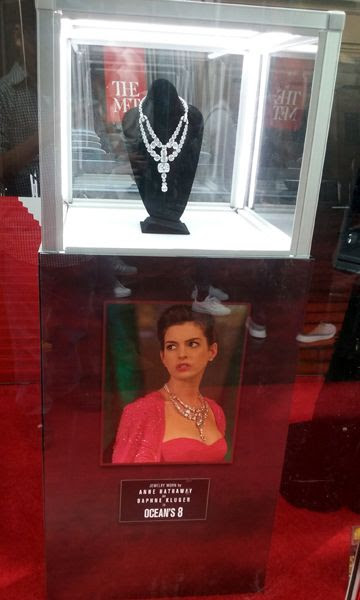 Email ThisBlogThis!Share to TwitterShare to FacebookShare to Pinterest
Labels: Photos of the Day, Solo