The SPAWN Reboot Gets Its Star... 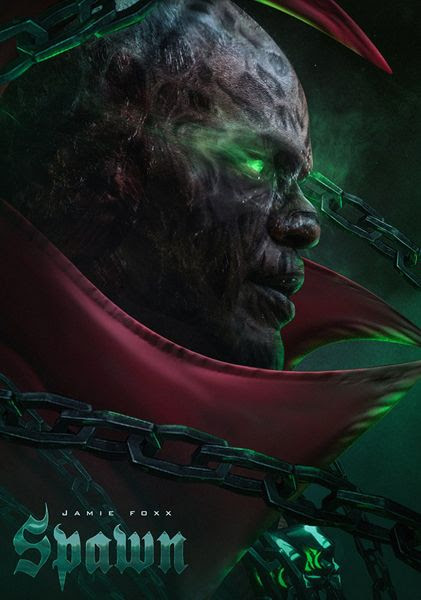 Earlier today, Todd McFarlane announced on social media that Oscar winner Jamie Foxx will portray Al Simmons and his hell-born alter ego in McFarlane's 2019 movie Spawn. Unlike the 1997 film of the same name—which starred Michael Jai White as Spawn, was rated PG-13 (the comic book itself contained R-rated material), and had a budget of $40 million—the new flick will be R-rated and presumably have a budget of around $12 million. Produced by Blumhouse (which released such memorable horror flicks as Paranormal Activity, Insidious, The Purge, Happy Death Day and last year's Best Picture nominee Get Out), Spawn would have a story that's portrayed in the same manner as the recent hit film A Quiet Place...directed and starred by 13 Hours' John Krasinski, as well as his wife, Sicario's Emily Blunt. Much like how A Quiet Place only had two or three scenes with spoken dialogue in them, Spawn would rely mostly on non-verbal cues by Jamie Foxx to convey the brooding nature of the hellish antihero.

Since Spawn will only cost around $12 million to make, I reckon that the Violator will be too expensive to feature in the upcoming flick! With the advanced state of today's computer-generated effects, however, I'm sure that a more fearsome iteration of Spawn's demonic arch-nemesis would look better than the 1997 version (shown below). McFarlane wants his movie (which marks his big-screen directorial debut) to be like A Quiet Place... He should be inspired by how frightening the blind but sharp-fanged monsters were in Krasinski's film—and how bad-ass they looked—if he were to do a new take on the Violator! I'm lookin' forward to this flick, as Spawn is one of my all-time favorite titles from Image Comics. That is all. 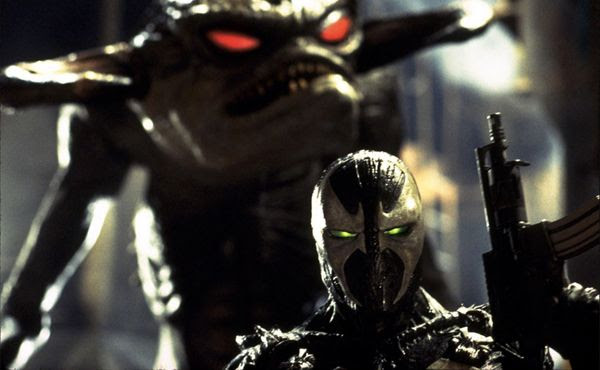