Photos of the Day: A Q&A Panel for EATING ANIMALS... 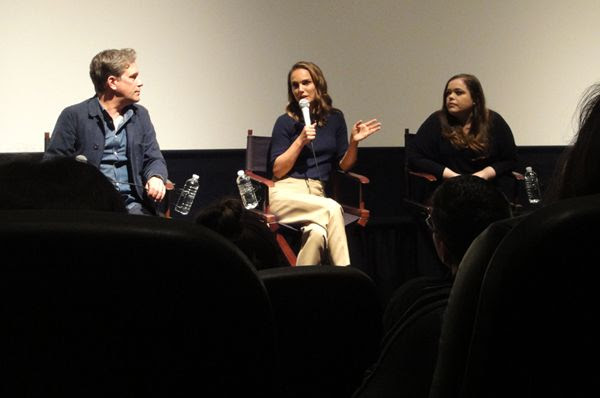 Last night, I went to the Landmark Theatres in west Los Angeles to attend a screening of the documentary film Eating Animals. This movie, which was directed by Christopher Quinn and narrated as well as co-produced by Natalie Portman (and based on a bestselling book of the same name by Jonathan Safran Foer), was about how the proliferation of factory farms around the United States (and in other nations like India) are having a profound impact on independent farmers, humans in general, the environment, and obviously the farm animals themselves. Quinn and Portman were on-hand after the film to take part in a Q&A panel that was moderated by the Los Angeles Times' Amy Kaufman. Very interesting stuff. 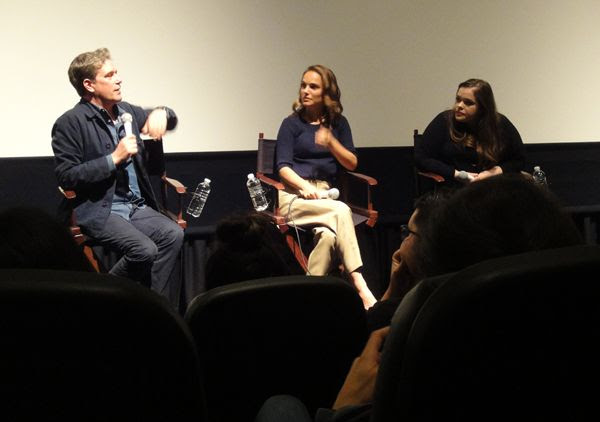 If you're in the mood to watch a documentary that will make you think twice about eating meat, and maybe even become a vegetarian, then you should definitely check out Eating Animals at the theater. Or at the very least, this film will make you advocate for a more humane treatment of farm animals before their lives are cut short. Eating Animals will also show you just how much influence that corporations have on the U.S. government—which isn't anything new as big conglomerates have had a major impact on American legislative policy for over a century. But the fact that 30 states, according to the movie, advocate "Ag-gag" laws (which allows farms to take legal action against whistleblowers who venture near their property to covertly videotape farming activity taking place) shows that factory farms are not going away anytime soon. Too bad. 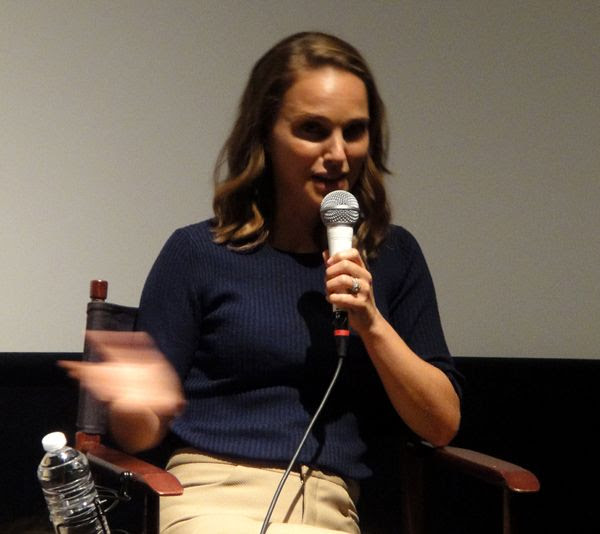 On the plus side though, research is being done to extract protein from plants and place them in food products that resemble real meat (hence veggie burgers). That's nice to know. I might actually go back to McDonald's to buy a Big Mac once again if the hamburger patties are actually comprised of plant protein! Carry on. 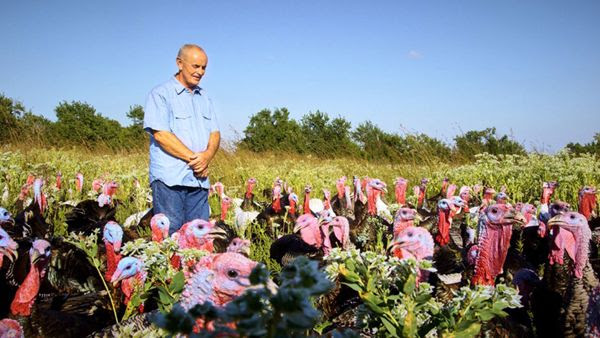 Email ThisBlogThis!Share to TwitterShare to FacebookShare to Pinterest
Labels: Movie reviews, Photos of the Day