Photo of the Day: Finishin' Up Casting on THE BROKEN TABLE... 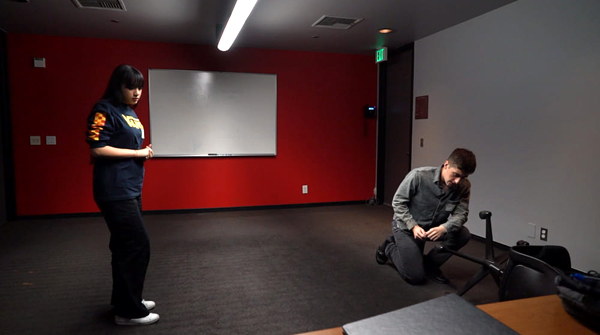 On this day in 2019, Majdolene 'MJ' Abualfaraj and Nicholas Mariano enact the first scene of The Broken Table during a callback audition held at The Los Angeles Film School in Hollywood, California.

MJ was cast as 'Jennifer' after her great audition three months earlier, while Nicholas accepted the role of 'Adam' the day after this callback! Happy Monday.