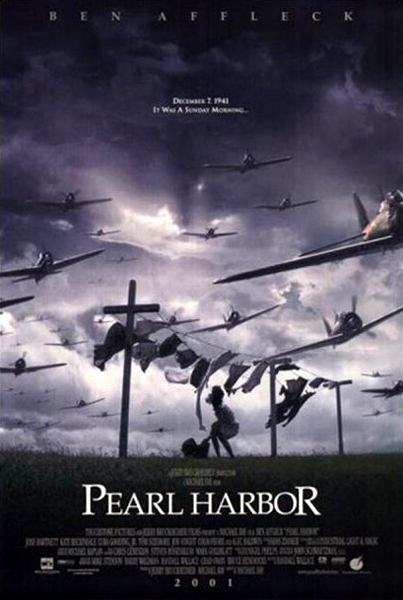 It was on this day two decades ago that I watched Michael Bay's World War II epic Pearl Harbor at the AMC 20 theater near my house. Despite the fact that this film could've been better (it was Bay's attempt at copying James Cameron's Titanic—with an ill-fated love triangle set during a tragic historical event), I will always remember the amazing music score by Hans Zimmer...and of course, the intense Pearl Harbor attack sequence whose visuals were realized by none other than Industrial Light & Magic itself.

I'm reminiscing about Pearl Harbor because I watched this flick right after driving home from my final exam that concluded the Spring 2001 semester at Cal State Long Beach, my college alma mater. If you want to know why that semester was particularly memorable for me (though not necessarily in a positive way), visit my main Blog. Happy Tuesday!