Photo of the Day: Indy Is Back for His 5th Adventure! 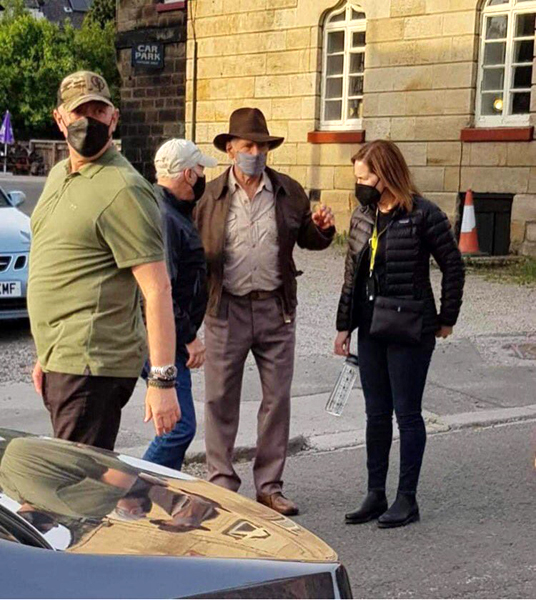 Almost two years after he appeared as Han Solo on the big screen for the final time in Star Wars: The Rise of Skywalker, Harrison Ford is donning the fedora once again as he began filming Indiana Jones 5. This photo was first posted online yesterday...as principal photography has commenced on the first Indiana Jones film that will not be directed by Steven Spielberg, but by James Mangold (of 2005's Walk the Line, 2017's Logan and 2019's Ford v Ferrari), respectively. Joining Ford in this cast will be Rogue One: A Star Wars Story's Mads Mikkelsen, and Solo: A Star Wars Story's Phoebe Waller-Bridge. John Williams is set to return to compose the music score for this latest installment. Indiana Jones 5, which doesn't have a proper title yet, will be released in theaters nationwide on July 29, 2022, hopefully.

And yes, I hope that this sequel will be more along the lines of The Last Crusade (Raiders of the Lost Ark can't be beat) than Kingdom of the Crystal Skull! Happy Tuesday.
Posted by Richard at 3:25 PM

Email ThisBlogThis!Share to TwitterShare to FacebookShare to Pinterest
Labels: Indiana Jones, Photos of the Day, Rogue One, Solo, The Rise of Skywalker